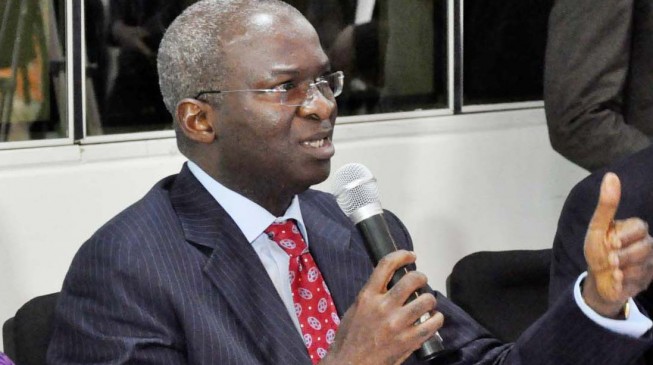 Although, Power, Works and Housing Minister, Babatunde Fashola said it was because “four turbines stopped working,” the Transmission Company of Nigeria (TCN) did not state any reason on its website.

Statistics obtained by Daily Sun from its website indicated that power allocation to all distribution companies across the country dropped to 0 Megawatts (MW).

This happened when President, Muhammadu Buhari was in far away United States of America (USA) to press that the country be allowed to exploit its nuclear energy resources to boost power infrastructure.

Daily Sun investigation across Lagos indicated that many areas were in darkness as at 9.20pm and the situation was same for Ogun, Ibadan, Benin, Ilorin and Lokoja.

Early this week, Abuja Chamber of Commerce and Industry (ACCI) said businesses, especially MSME’s have lost over N30 billion through the unavailability of energy supply.

Speaking in the same vein, Mr. Nnamdi Okafor, Managing Director of May & Baker (M&B) Plc lamented that the cost of doing business in the country is very high. “To provide power, we spend about N350 million every year; just to provide electricity for our plants to run. In advanced countries, even in some other developing countries, they are the things you take for granted. As I speak to you, I am not sure I will run my factory because I was not able to access foreign exchange to buy raw materials we need. It is as bad as that.”

General Secretary of National Union of Textile Garment and Tailoring Workers of Nigeria (NUTGTW‎N), Issa Aremu said the situation would further worsen Nigeria’s industrial situation as it would make Nigeria’s products less competitive. “The situation had always been bad and this time around, it would further impoverish Nigerian workers whose income would be further worsen. There is no doubt our government needs to put an end to all these crises,” he said.

Aremu insisted that ‎it is high time the Minister of Power, Housing and Works, Babatunde Raji Fashola, address Nigerians on the reasons why the whole country has been in darkness for almost two weeks with no visible solution in sight.

He noted that the Power Minister was always ready to speak for the Gencos and Discos on why they should increase electricity bills, but has never, for a day since he took up appointment, addressed Nigerians on his plan to improve electricity.

Culled from The Sun Newspaper