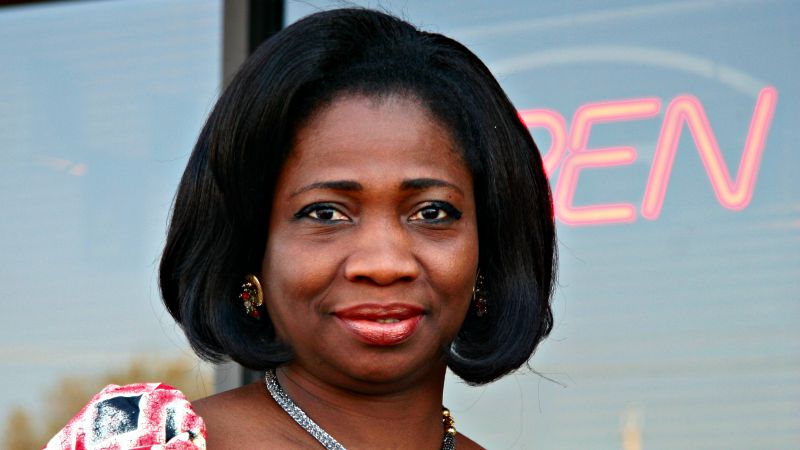 Former Member of the House of Representative and now, Senior Advisor to President Muhammadu Buhari on Diaspora Affairs, Abike Dabiri has just continued a string of gaffes by the president and those who work closely with him in the Nigerian Government.

In what appears to be an angry response to a Nigerian who lives abroad, Dabiri told him that he doesn’t need to come back home. It is important to note that she advises Buhari on relations with Nigerians living outside the country.

David Onuoha, a Twitter user had lamented the poor state of security, low wages, and poor infrastructure in the country and asked why he would come home, “What am I coming for?” he asked Dabiri and Buhari. 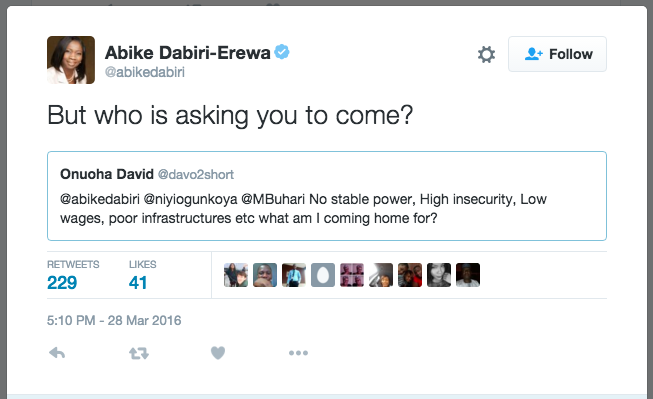 Following the backlash from Nigerians at the unacceptability of her tone and choice of words, instead of Dabiri to issue an apology, she resorted instead to blaming the fellow Twitter users for “not reading the entire conversation”. At some point, she called Onuoha’s question a stupid one. 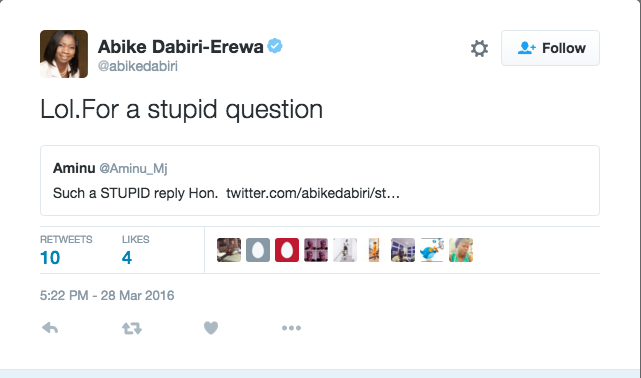 Dabiri’s outburst is not surprising. Buhari had told Nigerians living in Benin Republic to stay out there and not come back because “we already have enough problems”.

For all who misunderstood my response.. Sorry and read full thread You can contribute wherever you are, Naija will be great again

Again. , Message is you can be part of it all.Wherever you find yourself as a Nigerian .. Read the whole thread https://t.co/efeILjnu6n

It appears that Buhari’s foreign policy with regards to Nigerians who live outside the country is shaping up for something ugly.