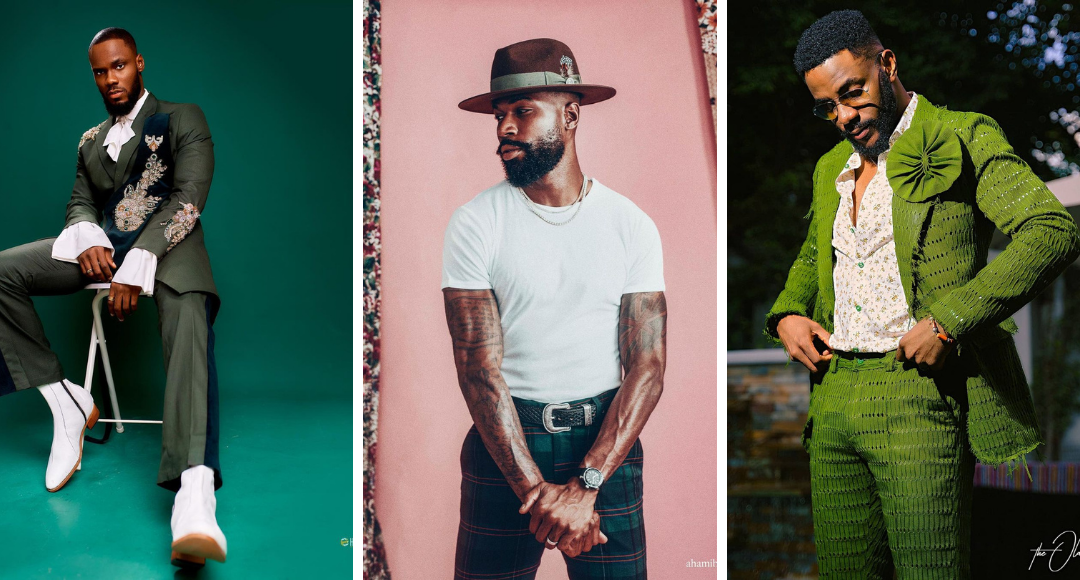 Big brother Naija is a reality TV show where the contestants live in an isolated place to compete for a large amount of money.. Here we have the top ten most fashionable big brother Naija housemates.

Ebuka Obi-Uchendu popularly known by everyone as Ebuka is the current host of the big brother naija show from 2018 till date. Ebuka got married in the year 2016 and is now the father of two beautiful girls with his wife Cynthia Obianodo.He came out eighth place in the 2006 big brother naija and had been one of the most popular and fashionable housemates since then. Nigerians have noticed this to the extent that if Ebuka wears a dustbin bag he would get more likes than someone who is wearing a designer cloth because Ebuka wears his clothes stylishly and with elegance.Ebuka has more than three million followers on instagram and his most like picture on instagram has more than two million likes.

Mike is married to a beautiful woman and a father to a baby boy matthew. Mike is one of the most loved housemates from the pepper dem gang season in 2019. He was married while in the big brother house but that didn’t stop him from being fashionable.Mike has 1.6 million followers on instagram and many likes on his pictures just because of his style. With Mike’s height and style Mike rocks any outfit that you can think of, because of this Mike has been used as a model on many occasions.

Ozoemena Joseph popularly known as Ozo from the big brother naija lockdown season. Although Ozo was not really liked by many viewers because of his relationship with Nengi but his fashion style has a voice of its own. There is also an article stating that Ozo is a fashion icon. Ozo knows what he’s doing when it comes to fashion, so many brands want to style him. Ozo has 1.5 million followers on instagram with so many likes and has inspired many with his style.

Prince Nelson Ewerem popularly known as Prince from the big brother naija lockdown 2020. And also Mr Nigeria 2018 and Mr World Nigeria 2019. Known for his ability to mix colours together and still make it good and stylish. Being Mr Nigeria is not an easy win, you still have to live up to people’s expectations. At the time of this article Prince has 1 million followers and many likes on instagram.

Praise Nelson popularly known as Praise is from the big brother naija lockdown season. It seems like this season is filled with fashionable and handsome men. Praise was a winner at K-Pop World Festival and won third place at a National dance competition in 2010. He also won the World Dance Champion (KWF).  Praise has a wife and a very handsome son. Praise fashion talks about his personality as a person. Praise style is very mysterious; he does not add too many colours in most of his pictures, always dark and mysterious.

Hazel Oyeze Onou popularly known as white money is the recent winner of the big brother naija SHINE YA EYE EDITION year 2021. Even though Whitemoney just recently came out of the house he showed hoe fashionable he is by wearing a stylish  blue shirt and trouser which he wore to the prize giving day, not really surprised what do you expect from someone who just won 30 million.Within eighteen hours of posting the picture Whitemoney has more than one million likes.

Boma Akpore, popularly known as Boma, was in the big brother SHINE YA EYE edition . Most Nigerians did not like him because of his affair with Tega, a married woman in the house. But we can say that Boma is very . Boma took part in nigeria fashion week 2004 one of the reputable shows in the country Boma was the youngest model to grace the runway. Boma fashion is way over the top competing with people way over the chart.

Tope Adenibuyan popularly known as Teddy a is from the big brother naija pepper dem gang 2019. Teddy A is married to one of the housemates in the same season known as BamBam and they have a beautiful daughter. Teddy A style shows in his fashion sense he always knows how to pose to make a style look sensible. Teddy’s style is very unique, his style is very different because he comes up with styles. He just doesn’t have just one style. Teddy A can rock baggy jeans and top anywhere. He also has that mysterious kind of vibe in his style. Teddy A has 1.4 million followers on instagram.

Yusuf Garba popularly known as Yousef in the big brother SHINE YA EYE edition is half Nigerian half Arabian. Yousef fashion style has everything to do with his personality, yousef style is sweet and simple which also shows his character cause yousef ih very quiet. Yousf was a teacher before entering big brother naija but the modeling side of him makes him very fashionable. In school because of how fashionable Yousef won Mr UNIJOS in 2015 and Jos Carnival King 2018.