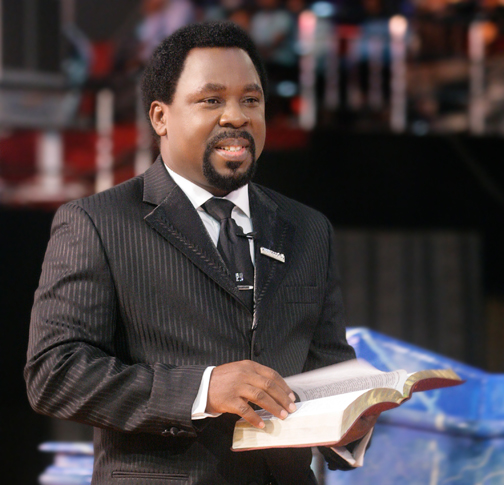 In case you don’t know, the Panama Papers are a leaked set of 11.5 million confidential documents that provide detailed information about more than 214,000 offshore companies listed by the Panamanian corporate service provider Mossack Fonseca, including the identities of shareholders and directors of the companies. The documents show how wealthy individuals, including public officials, hid their assets from public scrutiny.

Premium Times, which is fully involved in the investigation had this to say-

Apart from evangelism, Mr. Joshua is not known to be involved in any other business.

However, files obtained by PREMIUM TIMES from the massive leaked data of a Panamanian law firm, Mossack Fonseca, has now shown that Mr. Joshua and his wife, Evelyn, own Chillon Consultancy Limited, a company incorporated on June 20, 2006 at the British Virgin Island (BVI).

Both owners own one ordinary share each, although the company, with registration number 1033675, is authorized to issue a maximum “50,000 no par value Shares of a single class.”

It remains unclear what businesses Mr. Joshua transacted with the shell company which has no physical presence in Tortola, the largest and most inhabited island at the British Virgin Island.

An April 2013 investigation by PREMIUM TIMES had exposed Chris Oyakhilome, founder and leader of Christ Embassy, as incorporating Gmobile Nigeria Limited, an offshore firm in 2007, at the British Virgin Island.

Although other individuals were listed as shareholders and directors, that investigation was able to determine that the pastor’s teenage daughters – Sharon and Charlyn – were the real beneficial owners of the company.

Like many mega preachers in the country, Mr Joshua is reported to live in opulence. Last September, online news website, Sahara Reporters, claimed the televangelist bought a Gulfstream G550 aircraft in April 2015.

According to Sahara Reporters, the jet, registered as “Synagogue Of Nations,” was purchased using the Bank Of Utah trustee as front.

A Gulfstream G550 is sold for as much a $45 million and could take up to $3 million dollars in yearly maintenance cost.

Mr. Joshua did not respond to this newspaper’s multiple requests for comments. A person who picked his phone when he was called last week said the he was not available to take calls. He requested our reporter to send an email.

But an email sent to his church’s official email address was also not responded to.