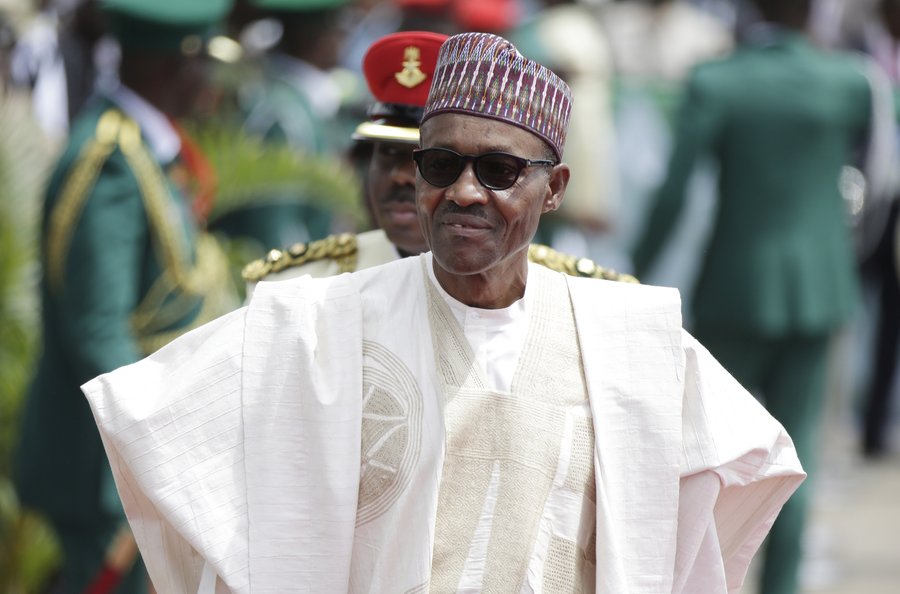 When you visited the United States Institute of Peace last July, you pledged that you would be “fair, just and scrupulously follow due process and the rule of law, as enshrined in [the Nigerian] constitution” in prosecuting corruption.

Such loftiness is laudable. As the Bible instructs in Amos 5:24: “[L]et justice roll down like waters, and righteousness like an ever-flowing stream.”

But to be just, the law must be evenhanded. It cannot, in the manner of Russian President Vladimir Putin, be something that is given to punish your enemies and withheld to favor your friends. If so, the law becomes an instrument of injustice bearing earmarks of the wicked rather than the good.

In the United States, you declared a policy of “zero tolerance” against corruption. You solicited weapons and other assistance from the United States government based on that avowal. But were you sincere?

During your election campaign, you promised widespread amnesty, not zero tolerance. You elaborated: “Whoever that is indicted of corruption between 1999 to the time of swearing-in would be pardoned. I am going to draw a line, anybody who involved himself in corruption after I assume office, will face the music.”

After you were inaugurated, however, you disowned your statement and declared you would prosecute past ministers or other officials for corruption or fraud. And then again you immediately hedged. You were reminded of your dubious past by former Major General and President Ibrahim Badamasi Babangida, who succeeded your military dictatorship. He released this statement:

“On General Buhari, it is not in IBB’s tradition to take up issues with his colleague former President. But for the purpose of record, we are conversant with General Buhari’s so-called holier-than-thou attitude. He is a one-time Minister of Petroleum and we have good records of his tenure as minister. Secondly, he presided over the Petroleum Trust Fund, PTF, which records we also have.

We challenge him to come out with clean hands in those two portfolios he headed. Or we will help him to expose his records of performance during those periods. Those who live in glass houses should not throw stones. General Buhari should be properly guided.”

You then swiftly backed off your zero tolerance policy because you would have been its first casualty.

You opportunistically announced that zero tolerance would be narrowed to the predecessor administration of Goodluck Jonathan because to probe further would be “a waste of time.” That conclusion seems preposterous. In 2012, the World Bank’s ex-vice president for Africa, Oby Ezekwesili, estimated that a stupendous $400 billion in Nigerian oil revenues had been stolen or misspent since independence in 1960. The lion’s share of that corruption spans far beyond the Jonathan administration.

Your zero tolerance policy seems to come with a squint to avoid seeing culpability in your political friends. A few examples are but the tip of the iceberg.

A Rivers State judicial commission of inquiry found that N53 billion disappeared from the Rivers State Reserve Fund under former governor Rotimi Amaechi. Former Lagos governor and head of your campaign finance team Babatunde Fashola was accused ofsquandering N78 million of government money to upgrade his personal website. The EFCC has ignored these corruption allegations, and you have given both promotions: the Ministry of Transport to Mr. Amaechi, and the Ministry of Power, Works, and Housing to Mr. Fashola.

In contrast, you have played judge, jury, and prosecutor in the newspapers to convict former PDP Petroleum Minister Diezani Alison-Madueke of corruption.

Is this evenhanded justice?

United States Supreme Court Justice Robert Jackson taught: “[T]here is no more effective practical guaranty against arbitrary and unreasonable government than to require that the principles of law which officials would impose upon a minority must be imposed generally. Conversely, nothing opens the door to arbitrary action so effectively as to allow those officials to pick and choose only a few to whom they will apply legislation and thus to escape the political retribution that might be visited upon them if larger numbers were affected.”

To investigate or prosecute based on political affiliation or opinion also violates Articles 2 and 7 of the Universal Declaration of Human Rights. It is unworthy of a great nation like Nigeria.

Sunshine is said to be the best of disinfectants.

Your Definition of “Wife Material” has been Wrong All Along!
{CHETA NWAZE}Nigeria is unwittingly letting misinformation sow the seed of its destruction
To Top
Loading Comments...