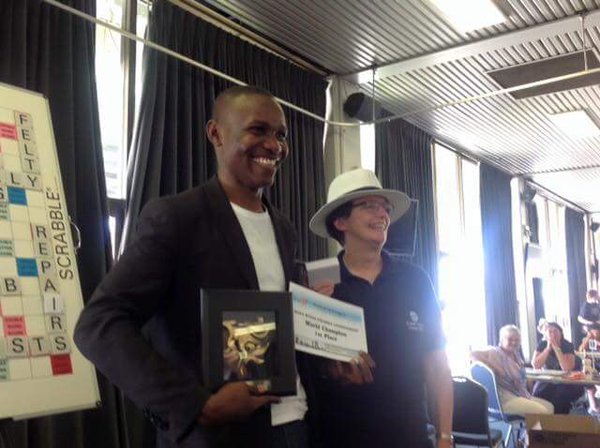 A Nigerian, Jighere Wellington, has defeated Lewis Mackay 4-0 in a Best of Seven series in Perth, Australia to emerge the scramble champion of the world. This happened yesterday (Sunday) at a competition in Australia.

Yesterday evening, President Buhari sent a congratulatory message to him via his special adviser on media and publicity, Femi Adesina –

“I called to rejoice with you over your performance. You have done the country proud, and we are very happy. Please, pass my congratulations to other members of Team Nigeria”

Wellington, who had already finished first in a 32-Game Scrabble marathon to qualify for the two-man finals, defeated his English opponent in just four games and thus becomes the new World Scrabble Champion.

The 34 year old champion had placed 3rd at the World Scrabble Championship in 2007.

Nigeria also emerged as the best team of the championship as five of its six representatives finished in top 50 players of the tournament with Ayorinde Saidu and Emmanuel Umujose placing 16th and 17th, respectively.