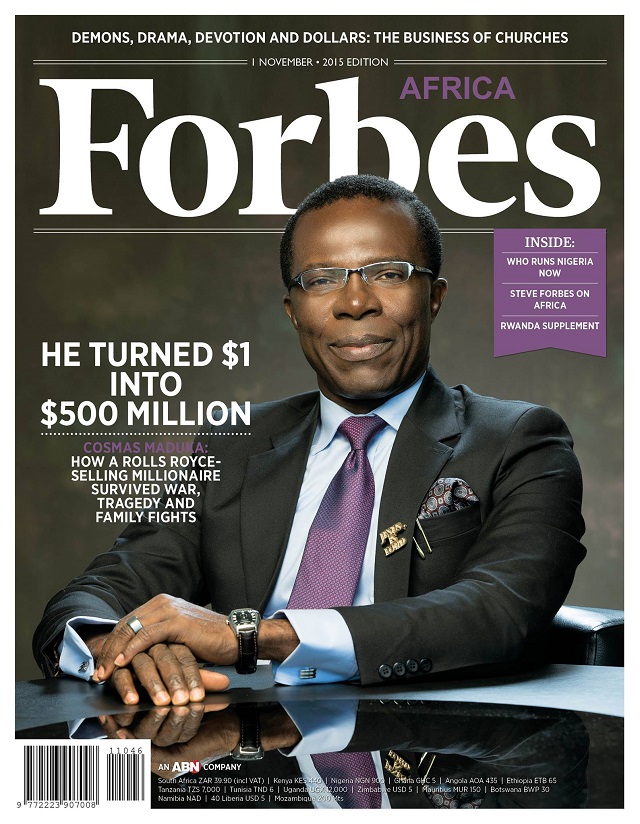 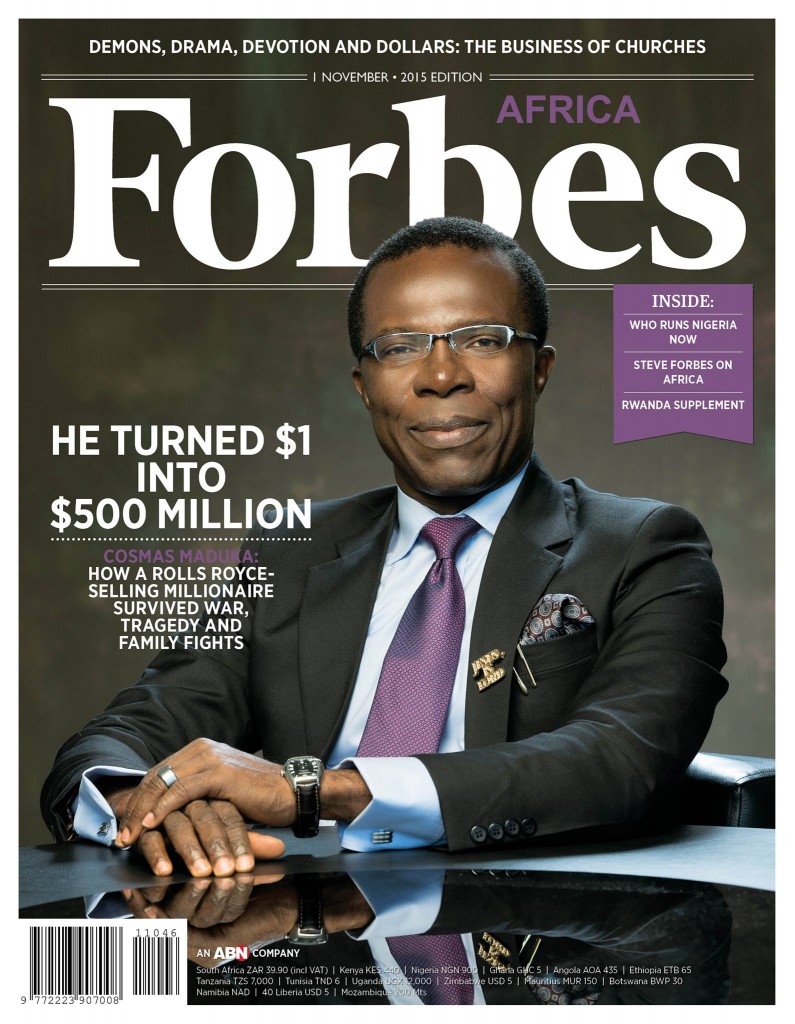 Cosmas Maduka is the CEO and Founder of Coscharis. Her started Coscharis from zero and built it to the conglomerate it is now.

He shares his inspiring story in the November 2015 issue of Forbes Africa.

Dubbed ‘The $500-Million Survivor’, he tells his story of having to shower on the street, going for years without pay, being fired by his wife’s uncle and scrapping with his brother to make ends meet.

Cosmas Maduka also shares how he survived war, tragedy and family fights to turn $1 into $500 million.

Indeed for Cosmas Maduka, it wasn’t easy, but it was worth it. He started out fixing cars but in now a multi-millionaire.

Read  his entire story in this November’s edition of Forbes Magazine.