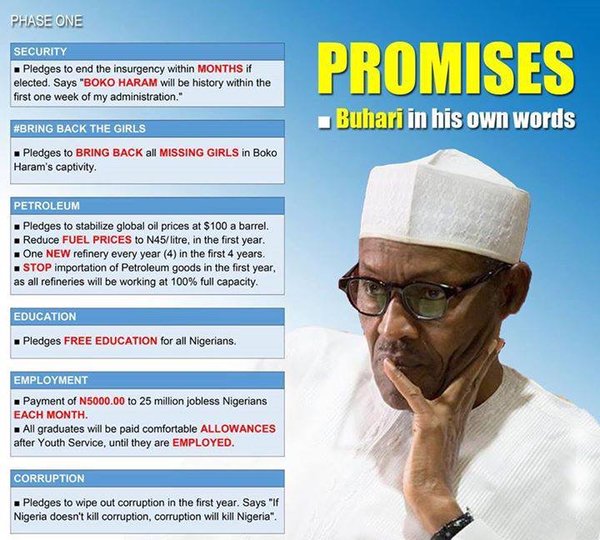 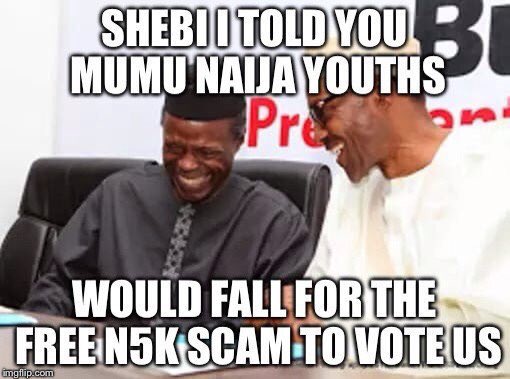 Yesterday the Senate rejected a motion for the payment of N5, 000 monthly allowance to unemployed youths in the country.

When the motion was raised by Philip Aduda (PDP, FCT), it was greeted with vehement nos from the floor. Things got rowdy and even a  move to second the motion was drowned by protests.

While Peoples Democratic Party (PDP) members yelled ‘’aye’’ in favour of the motion, All Progressives Congress (APC) senators, who were in majority, rejected it.

Well, this has infuriated the youths who feel they were hoodwinked by the campaign promises of President Buhari. The majority feel he should fulfill his promises, a tiny few have other opinions.

See some of the tweets below-

We will not give up on #Our5k This 5 months ojoro has come to its last bus stop @MBuharipic.twitter.com/KVKMA54BDe

Youths put @MBuhari in power. Youths should be ministers and be in top positions.surprised youths ain’t protesting this instead of #Our5k

If you ever believed that APC/GMB was ready to pay you 5k/month, you’re part of the problem #Our5k — #NigeriaFirstLady (@wetriumphstill) November 5, 2015

If only youths were paid this 25k arrears many won’t be jobless to join #Our5k campaign against .@MBuhari and .@APCNigeria

Broken vows are like broken mirrors. They leave those who make them bleeding and staring at fractured images of themselves. We need #Our5k — Nothing To Say ⚡ (@RadicalYouthMan) November 5, 2015

my friend just asked me…do u know how much 5k can generate in Nairabet? lwkmd but seriously,where is #Our5k

Dear @APCNigeria am not a member of d PDP but a Nigerian u lied to about several things.However,what I won’t accept is not getting #Our5k — IG sodeek08™ (@KayExtreme) November 5, 2015

Just pay #Our5k. So we can buy data to read you blaming PDP https://t.co/75LwDt9EaV

They have denied promising any Students loan. They have denied free meals for pupils But they must pay #Our5k pic.twitter.com/iNLkCVYYuh — Ebube 5% (@akaebube) November 5, 2015

By the time #PMB goes just halfway with his agenda, Nigerians will practically chase him out of the villa. Dude came without plans #Our5k — A product of £20 (@realnamdosky) November 5, 2015