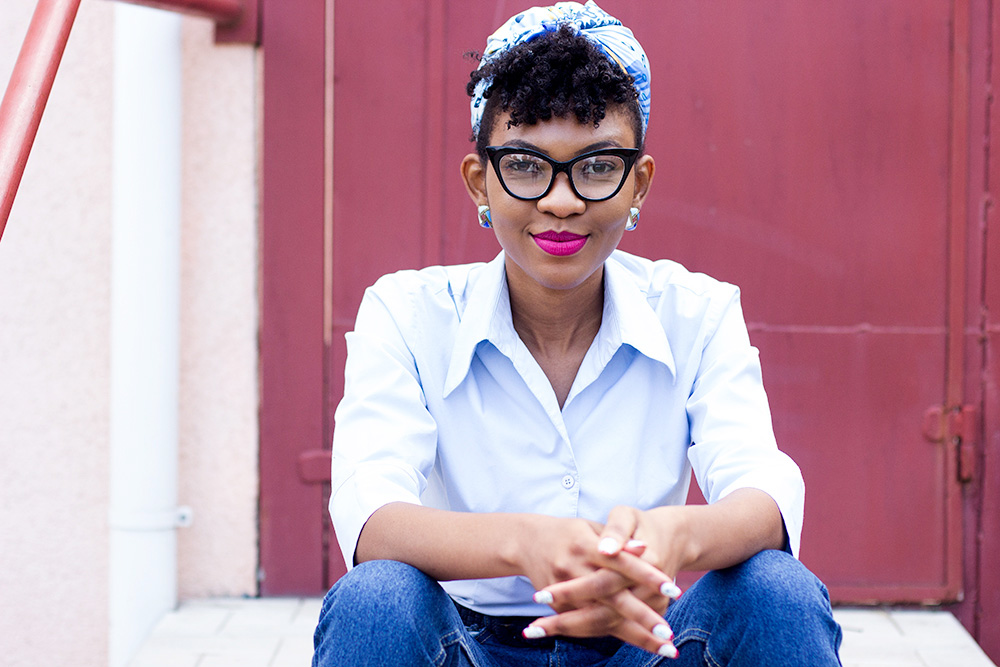 25 Ladies of different shape, sizes and class were asked if they can ask a guy- especially a Nigerian guy-out. Their responses were scandalous to say the least.

“I can’t do it biko. Some Nigerian men no dey get sense. Have a huge brawl now and he will use it to insult u.”
_Tope
“Some men still feel emasculated when asked out”
_Dami

“Its a No No for me, not in Nigeria where men feel they are doing the women a favour by marrying them, I can’t deal abeg. Women should never make the first move, if he really loves you, he won’t hesitate to make the first move.”
_Ejiro

“Most African men will see it as desperation from the lady’s side.”
_Rahmat

“Nothing wrong with it. I made the first move on my man cos of the bond I felt with him. Then the feeling became mutual. And I will always tell him “with the way you are treating me as a friend, don’t blame me if I fall in love with you o” he will just laugh and say you are free. It’s not a crime and I don’t see where the bible condemns it. All yea omniknowest please don’t start your hypocrisy on this one.”
_Chichi
“Well for me, because of the world we live in its not advisable for a woman to ask a man out because of her self worth.Men take advantage of that and misbehave at any given opportunity just because she made the first move.Even when there’s an issue, they refer back to that.I have seen instances like this and at the end the relationship packed up. Ladies should leave the men to come for them and not the other way round. Nigerians will always be Nigerians.”
_JJ
“It doesn’t give the woman a sense of WORTH! The society sees such ladies as loose and not marriageable.”
_TT

“As for me I made the move but my guy says he has a girl friend we where just sleeping with ourselves but he later fell in luv with me and. We got married last year December”
_Amira

“Some of these men tend to feel fly, make fun of and treat a lady badly when it’s her doing the asking. Most times, some ladies want to save themselves the aftermath embarrassment that’s why they don’t ask a man out.”
_Ope

“As for me i won’t ask a man out, I’d rather die in silence, though i see nothing wrong in it.”
_Sharon

“Naija man turn all pink and mushy when foreign women come on to them. If it were to be a naija lady that toasts them they call her desperado ashawo. Naija men na wa for una”
_Lapo
“My brother once told me men prefer to hunt, than to eat an already dead meat. I would never chase any man”
_Dunni

“I haven’t tried it before Nigeria guys are crazy most of them will take u for granted, I really don’t see any reason for me to make the first move though, as I get toasters every now and then”
_Seyi

“Lmao. That’s how a friend and her boo quarrelled seriously and the dude said “Did I even ask u out? Eh? I beg you to date me?”The girl was soooooooooo embarrassed she gave him a hot slap in the presence of every one”
_Larin

“Asking out a Nigerian man is just a way of putting yourself down. The men already act like they are God’s gift to women and you ask them out on top of that? They will finish the girl in that relationship and remind you that you asked them out in the first place.”
_Anonymous

“A friend of mine did it and it worked out well for her. I don’t see anything wrong with it but wouldn’t do it. Most Nigerian men have a myopic sense of reasoning and would see as loose when you approach them. So I’d rather respect myself.”
_Temi

I gave one guy signs too but he kept reminding me DAT he can’t date me but he wants to be sleeping with me…so I cut him off, naija guys don’t appreciate it.
_Jaiye

You can do it abroad where there is still a bit of respect for women.
_Sope

Not with Nigerian men with their mega combo of bad breath and death defying body odour prancing about like peacocks with nothing to offer.
_Lulu

Some Nigerian guys are immature, they will just take advantage of a girl and mock the girl with their friends.
_Omo

I made the first move and I’m regretting it till date. I saw this guy I loved and approached him, but his mind is with someone else even when the person just got married few months ago.
_Demi

4 Reasons Some Naija Men Refuse to Marry More Educated & Richer Ladies
{From the Women}Dear Men, We Don’t Really Like So Much Hair Down There!
To Top
Loading Comments...