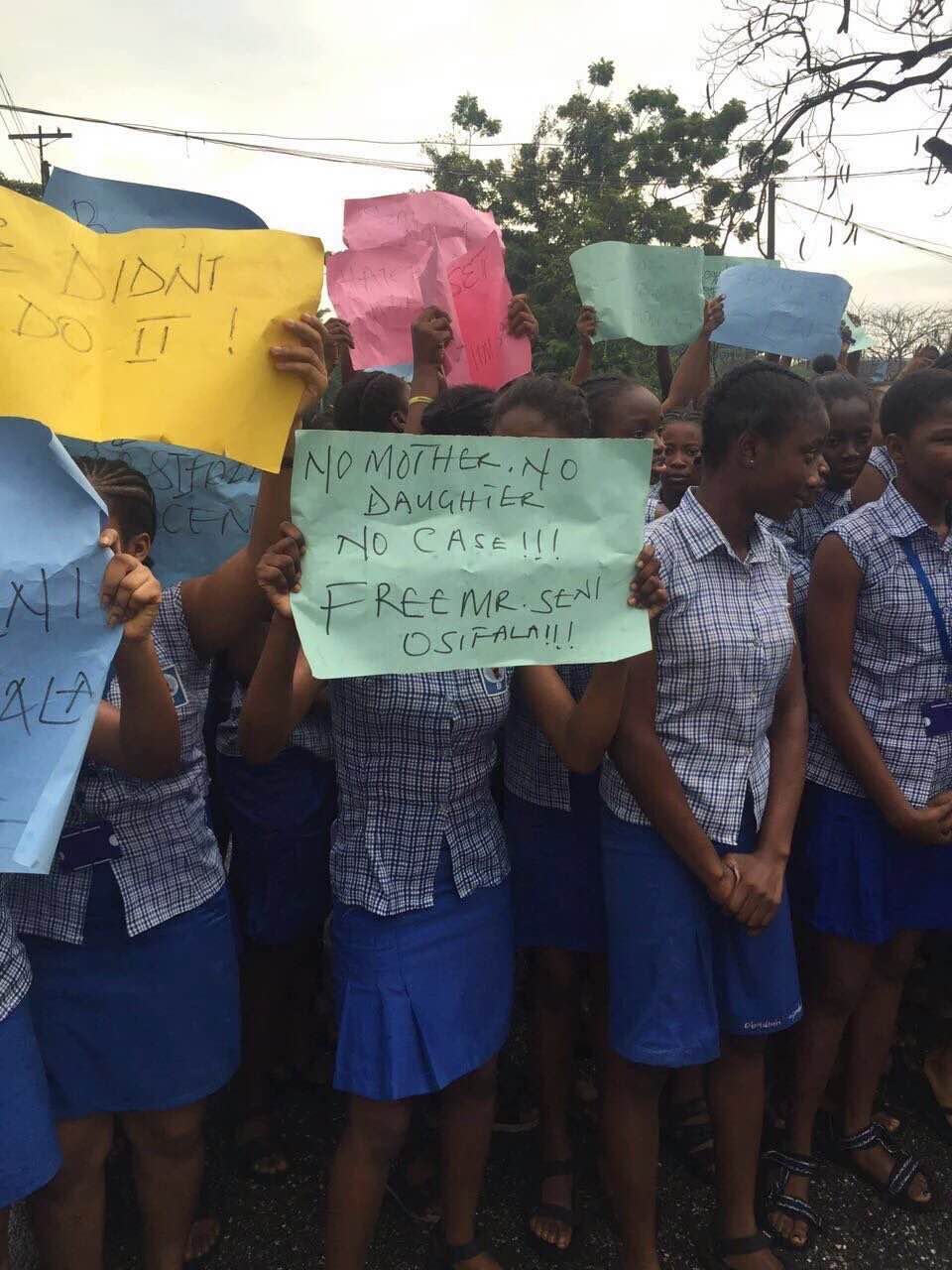 I have been following the Queens College Saga on the accusations of an ‘anonymous’ student and an equally anonymous Mother laid against a Mr Olaseni Osifala, a Biology Teacher in the Girls Secondary School.

A Mother, on her social media page or something, wrote a story of what her daughter, a female student at QC, told her about the amorous proclivities of this Osifala towards her. The distressed mother confronted the Principal with the accusations and got a cavalier response which made her withdraw her child from QC to another school.

Based on the Mother’s story on social media, there was outrage and protests on cyberspace by women and men of good conscience. Everyone called for the head of the teacher. No one wanted to hear his own side of the story ( in a constitutionally guaranteed right to the accused) but in the eyes of everyone, he was already guilty and he was condemned and destroyed on social media. In fact, I read a few comments on facebook and on blogs where many ladies writing under ‘anonymous’ tags mostly, came out to narrate how their younger sisters or friends who attended QC had experienced such harassment from this Osifala in the past. It was never the commentators. Just their sisters or friends.

And that got me curious.

If those hiding under the right of anonymity on social media would not own up to say they had been harassed by this fellow but would say it was their sister or friend, how then could anyone expect the Mother of the Girl to also come out to expose her daughter to the world in this case?

And that’s exactly what happened.

Osifala was arrested by the Police and interrogated, all the while pleading his innocence. The Minister for Education also set up a high powered panel to investigate the sexual molestation allegation.

And what was the result?

After all the hue and cry by all the feminists groups, all concerned parents, all those who had pre-judged the fellow and condemned him, what happened?

The Mother of the Child NEVER showed up for the panel hearings. Neither did her child. No one even knew her officially since she never mentioned her name or the name of her child in her post but sent an anonymous post to a blog.

So, how could a panel or even the Police carry on when there is no accuser?

You see the dangers of mob mentality? A pre-disposition we have in this part of the world to crucify and excoriate anybody on social media based on unverified reports?

I’m not holding brief for Osifala. That’s not the purpose of this post.

I’m just concerned that a man and his reputation has been destroyed by an unfounded allegation just because most people felt he was the poster boy of a brimming rage. It’s possible he has a dark past but he had already been killed by public opinion before the official report gave him a second chance.

I’m an advocate for extreme measures against sexual predators. But, in this case, when the accuser was never investigated and remained anonymous, what was expected of the authorities to do?

We have to be careful about how we do things here, I keep saying.

Just a few weeks ago, an American convict who had spent years in jail on a rape conviction was released when the lady who accused him of rape came back to testify that he never touched her and that she lied to get back at him.

So, what if that child lied to her mother? Yes, now we have as much right to call to question the testimony of the child and even the mother as we destroyed the reputation of the teacher. It’s a two way process.

How to Use Your Head, Your Heart and Your Groin to Choose the Right Woman as Your Wife
If you Love your Finances, Avoid these 3 Types of Women
To Top
Loading Comments...