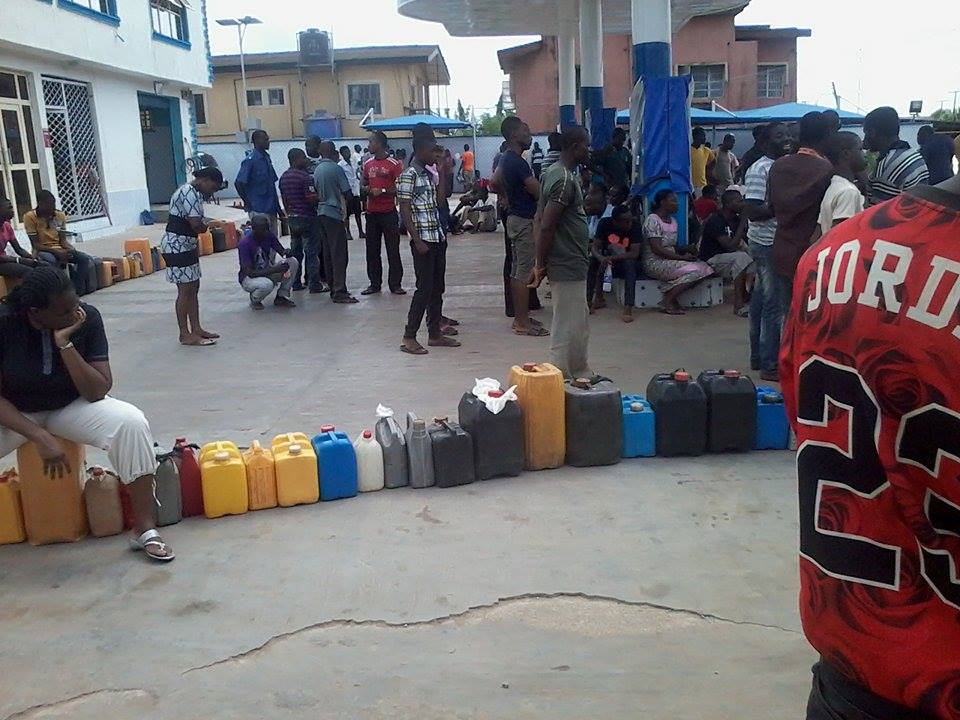 It is beginning to unfold how risky and dangerous it is for Nigeria that Buhari doubles as president and the petroleum minister. As the president, he already has too much on his plate with too many issues pulling the country towards collapse. From the north, Boko Haram is threatening to drag the whole country down a cliff, and if nothing is done pretty soon, we are going to have a situation in our hands with the Biafra movement. It is already a keg of gunpowder waiting to explode in our faces. The business of armed robbery has never been as lucrative as it is today.

The economy is another area that calls for the president’s urgent attention. But what do we have? A president who has more-or-less assumed the role of a jack of all trade while doing nothing in particular. The president should resign as the minister of petroleum immediately if we are ever going to have sanity in the petroleum industry. What we need is a petroleum minister who is saddled with no other responsibility outside his ministry. Take for instance the negotiations with the petroleum marketers; it could have been better handled with more urgency knowing that the people are seriously suffering as a result of the slow pace of negotiations. I don’t understand how the president wants to be personally involved in negotiations with oil marketers and at the same time travel all over the world from one summit to another. He should understand that the masses don’t care that much about the bottlenecks in these negotiations; all we want is to be able to drive into a filling station and buy fuel at any time of the day or year.

Secondly, is APC still the opposition party? Because responding to every jibe from PDP doesn’t speak of a party who has come to terms with being a ruling party. What I see here is that the APC never thought in its wildest dreams that Goodluck Jonathan would lose in the last election and as a result, they weren’t prepared for the responsibility of ruling. The PDP left us in a total mess and would love nothing more than seeing APC fail. APC should put aside their lyrical battle with PDP and fix the issues facing this country or be seen as another party that failed us. APC should understand that elections shouldn’t be a win at all cost affairs. The choice of late Abubakar Audu as the party’s governorship candidate for Kogi State beats me. A man who had already been twice governor of the state from January 1992 until November 1993 and from 29th May 1999 to May 2003? Was it that Audu performed so well in his previous spells as governor of the state that APC chose to bring him back? I keep wondering what the party’s “change” philosophy is all about. As we speak, Bayelsa State is having another former governor as APC candidate for the coming governorship election in the state. May God save us all from desperate political parties.

INEC should explain to us why politicians are allowed to contest for elective positions in two different states. We have seen politicians lose primaries in one state and move to another state and get elected. Isn’t it confusing that Solomon Olamilekan alias YAYI contested for Lagos West senatorial seat after previously registering to contest for Ogun West senatorial district? And now, Faleke, who was a chairman of Ojodu local government and was also a member of Lagos State House of Representatives may emerge as the governor of Kogi State. INEC, please explain to us how this is possible ooo!!!.

Finally, the Federal government must insist that an autopsy is conducted on Audu’s corpse. We have to quell this rumour of foul play making the rounds or prove that he died of natural cause. Those who will argue that he was a Muslim and was buried in accordance with Muslim laws should understand that this is not a matter for religious sentiments. Audu was contesting an election and the speculation surrounding his death can be exploited to throw the state into chaos. INEC and the Federal Government must insist that an autopsy be carried out on his corpse to clear the air.

{CHETA NWAZE}Nothing will come out of Sugabelly’s allegations
{Dele Momodu}Mr. President, I Need To Tell You What Your Close Advisors Won’t Tell You
To Top
Loading Comments...