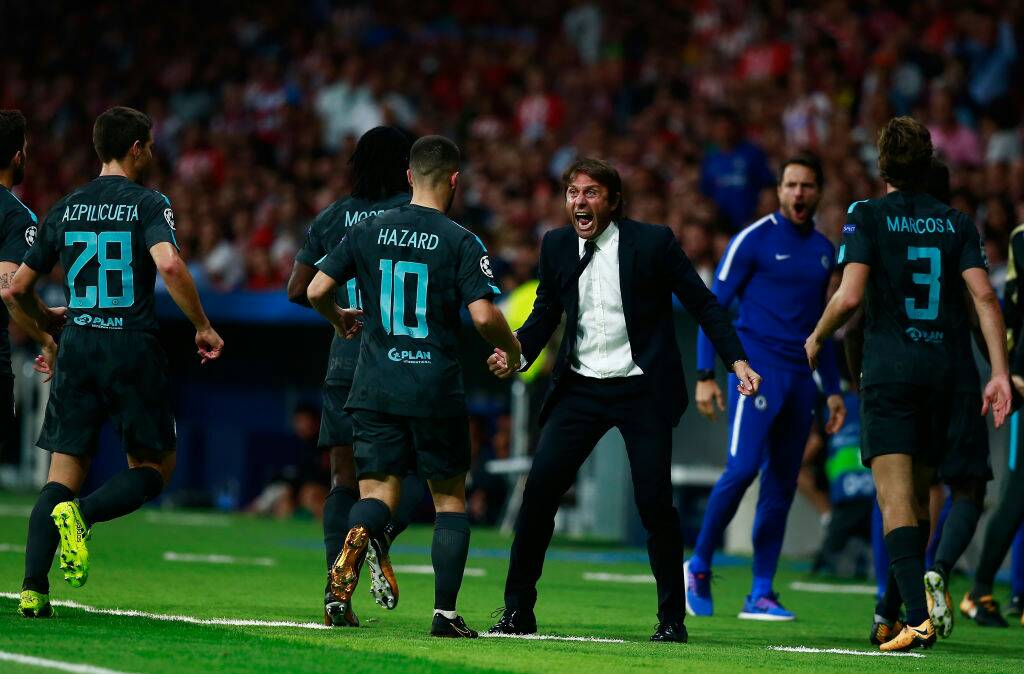 Atletico Madrid vs AS Roma

After holding cross-city rivals, Real Madrid to a scoreless draw at the weekend, Diego Simeone’s men will be turning their attention to the crucial midweek Uefa Champions League encounter against Group C table-toppers AS Roma. With the first leg ending in a goalless draw, and having 3points from four games, Simeone will be looking for mathematical miracle to advance to the UCL knockout stages come next February.

Having drawn their doubleheader against group underdogs, Qarabag, Atletico must produce a sublime performance and hope Chelsea lose to Qarabag on Wednesday.

With goalscoring opportunities very scarce this term, Simeone will be searching for tactical solutions as starman Antoine Griezman, having scored just 3goals across all competition this term amids continued links to Manchester United, FC Barcelona and PSG.

If Atletico fails to produce a top performance at Wanda Metropolitano, it will be their worst since Simeone was appointed manager, finishing runners up twice – in 2014 and 2016, both behind Real Madrid.

Should results go their way on Wednesday, Atletico will have to fight for the last ticket at Stamford Bridge, needing an outright win and a superior head to head to usurp Chelsea.

Antonio Conte’s men will be travelling 2,909.4miles to the Azeri capital to face Baku based Qarabag who sit bottom of the table.

A win will all but secure knockout stages football next February. Chelsea with 7points from four games will be looking to bounce back from their nightmare trip to Stadio Olimpico, losing 3:0 away to AS Roma.

The weekend encounter was no trouble for Conte’s men as they saw off West Brom by 4goals to nil away at the Hawthorn. The result ensured that they continue to pressure both Manchester teams at the top of the table, with United needing a 4-1 win to reclaim second spot and City seeing off efforts from 2015/2016 champions Leicester City 2-0 at the King Power Stadium on Saturday.

With no fresh injuries Conte will be hoping to advance in his first UCL season with Chelsea already under fire from some sections of the Chelsea fans and Sporting Director, Mike Emenalo stepping down because of the failures in the past summer transfer market.

The game will be a test for Conte’s men with a vital away trip to Liverpool on Saturday at the back of mind, with key players not expected to complete 90mins against Qarabag.

With the first leg at Camp Nou ending in a 3-0 lose for Maximilliano Allegro’s led Juve, the Turin-based club will be pushing for some sort of validation for their weekend 3-2 loss at Sampdoria given they rested players because of having to play on Sunday. The Biancconeris trail SSC Napoli by four point in the league and FC Barcelona by 3points in the Uefa Champions League, a win will give them a lifeline for top spot in Group D.

Messi with 15strikes this season has been phenomenal for Barcelona since the high profile sale of Neymar to PSG and the loss of form of fellow South American counterpart Luis Shares, the Uruguayan scoring a brace against Leganes after a six game drought.

Barca need to win to ensure maximum grip on first position in Group D and the encounter in Turin is the perfect place after failing to win against Olympiacos last term out.

Sporting will continue their push for qualification as they host Greek side, Olympiacos on Wednesday night. The Lisbon based club will play with a win and defeat of Juve by Barcelona will open a match day 6 showdown in Barcelona. Sporting picked up a point in their doubleheader against Juve with the last game with the Biancconeris almost ending in a win.

Olympiacos already eliminated from the UCL will attempt to pick up Europa League slot by finishing third in the log, something that can salvage their journey in Europe this term.