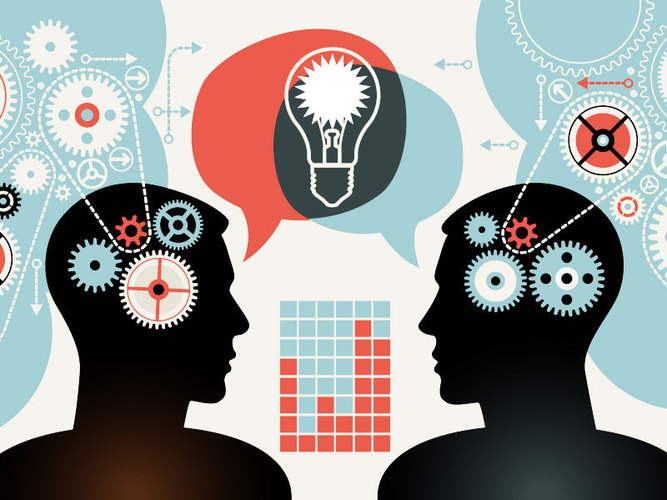 Hi, you are Dami, right?

Yes. Can I help you?

Yes, you can. My name is X, I am a technopreneur. I have heard a lot about you and I have been following your progress for a while, I know you are a geek and I have this idea of mine I think you would be interested in.

Ok? I am listening.

*Describes startup idea, chips in a few inspirational quotes from a book he’d read that automatically makes him a technopreneur extraordinaire* So, do you understand my idea? I know you are smart.

Yes, I do. *Gives a brief technical description to make him understand that I do get his idea.*

Wow! That is exactly what I meant, I knew coming to you was a great idea. So what would you need to build it?

You need a team. It’s not a one man job. I am currently engaged so I can’t work on this but could recommend a few people, as long as you would be paying.

Err, Ok. I was thinking in line of a startup actually, I need dedicated, driven and innovative people who are committed to the cause, you know, people who can have this thing up and running in weeks, I already have investors lined up, they are willing to invest once they see something tangible. I know it’s possible you can have this up in three weeks, it’s you. You came highly recommended. You can bla bla bla bla*indistinct droning*…..….

*All I start hearing is radio static*

I might seem mean to you but humor me.

If you have been in the “open” [Freelancing, open source community, basically sipping water or tea at one of the soon to be annoyingly many ‘ tech hubs’ in Nigeria] tech world for a while, you must have come across these bunch. They have the persistence of Jehovah witnesses.

My first serious encounter with an entrepreneur was some couple of years back. It was quite illuminating, tiring and at the same time funny.

Over the years, I have encountered them in various forms. One thing is certain, they all have a sense of entitlement which can be quite annoying. They believe you are somehow obligated to help them build their idea because they told you about it.

The very idea that their idea might sound like a load of horse crap to you is totally beyond their comprehension, it would almost feel to them as it would feel to some christians if you told them that Jesus wasn’t actually white.

You are just not seeing the bigger picture.

Your app idea is not as original as you think it is. It most likely has been built before. Most software engineers who have been tested and proven don’t want to work on your idea because, this might come as a shocker, they have seen better versions of it built, probably helped in building a couple. Now, with that being said, let’s say you really believe in your idea and want it out there, hire someone to build it. Seriously, just hire someone. Not everything has to be a startup.

Not everybody wants to start a startup, some people just want to build and go away, believe me, they have no interest in whether or not you eventually become a household name, don’t use inspirational quotes here.

Furthermore, people don’t survive on promises. The idea that an app you want to build might eventually become the next big thing is quite slim and grows slimmer by the second, it’s 2015 not 1995. So wanting “dedicated, inspired and goal driven” people who would build your solution at no cost is a wet dream you might as well stop.

Let’s say you do get those people and they actually do start building your product and things seem to be working quite nice, don’t be Billy, the guy in this article.

Now, while I wish you well in all you do. Here are a few things you might want to take into consideration before assaulting the next dev:

Now, do you still want a product built? Do you have a sensible budget? If yes, contact @Hextremelabs on steering+info@hextremelabs.com. We can talk then.

Until then, *inserts inspiration quote about birds, flying and eagles*.

Yours sincerely, A slightly ticked off developer.

A vision driven individual with a great taste in music.

He likes to read, code and is driven with passion to build cool stuff.