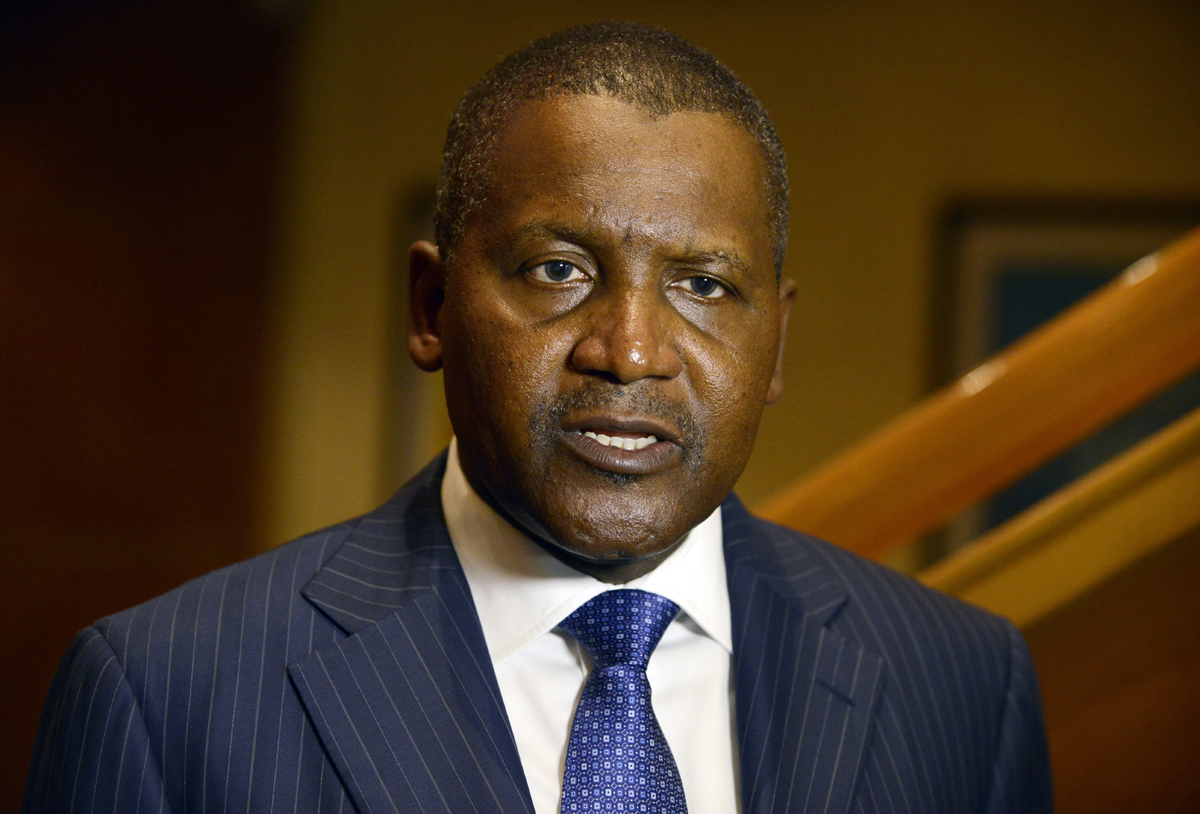 Forbes has rated the President of the Dangote Group, Aliko Dangote, as Africa’s richest person for the fifth consecutive year.

Dangote, through his cement company, operates in Nigeria and other African countries, including Benin, Cameroon, Ghana, South Africa, Togo, Tanzania and Zambia.

Dangote was ranked by the magazine as the 67th richest person in the world, from a peak of 23rd in 2014. He surpassed Saudi-Ethiopian billionaire, Mohammed Hussein Al Amoudi, in 2013 by over $2.6bn to become the world’s richest person of African descent.

Forbes noted that the number of Nigerians on the list fell from 13 in 2014, while South Africa climbed up with 16 slots from 11 last year.

According to the magazine, Dangote’s $16.7bn net worth is nearly $5bn lower than his worth when the list was compiled last year as “a result of a drop in the stock price at his Dangote Cement and a weaker Nigerian currency.”