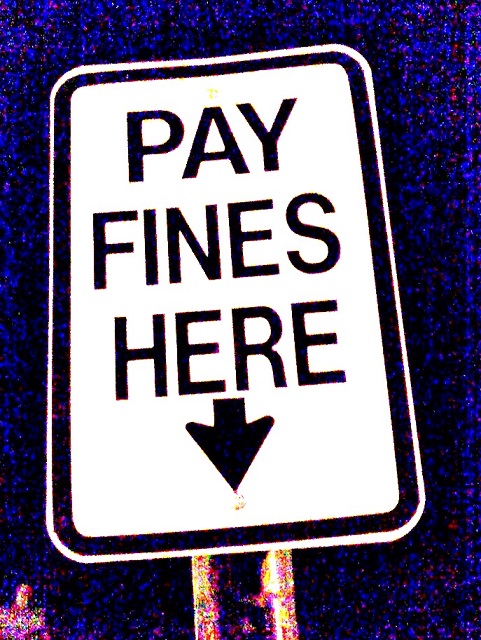 As the new reality of cost of doing business in Nigeria begins to dawn on operators in the private sector of the economy and potential foreign investors, it is imperative for the new managers of the economy to take another look at the raft of huge fines doled out by various regulatory authorities to major players in the private sector in recent time. They need to embark on this exercise in earnest before investors, local and foreign, begin to see the trend as a deliberate and sinister ploy by the government to shore up its revenue base as oil prices continue to fall in the international market.

Before it gets out of hand, the Federal Government should be reminded that businesses left Lagos State in droves and relocated to other states and neighbouring countries when the state government embarked on a drive to augment its internally generated revenue by aggressively pursuing operators in the private sector for the payment of all manner of taxes and introducing fines that were considered outrageous at the time. The state had adopted this method when the Federal Government decided to withhold part of the state’s monthly federal allocation over a disagreement on the formation of additional local governments, LGAs, outside the constitutionally approved LGAs.

The huge fines placed on minor infractions like traffic offences or major ones like failure to remit taxes due to the state caused some uproar at the time but the state insisted on having its way. The relocation of Nigerian Liquefied Natural Gas, NLNG, Company to Port Harcourt was the biggest blow to the state at the time. At the federal level, the consequence of what is now being described as regulatory rascality is bound to carry a bigger cost. The similarity in the condition of the finances of the Federal Government today and that of the Lagos State Government between 2004 and 2007 implies that the current spate of huge fines may not be mere coincidence.

It will be a grave miscalculation for the chieftains of the All Progressives Congress, APC, from Lagos State who, to all intents and purposes, wield considerable influence in determining the direction of the Nigerian economy today to believe that they can duplicate the survival strategy adopted in the troubled days of their conflict with former President Olusegun Obasanjo at the federal level. Instead, Nigeria’s economic managers must recognise that the need to ease the burdens on businesses has become even more imperative. Burdensome regulatory environment is anathema to the emergence of a stronger private sector.

Undoubtedly, businesses will only thrive in an environment where salutary regulatory controls are in place. But the parallel between the timing of huge fines on businesses by regulatory bodies and the experience of businesses in Lagos State about a decade ago brings to mind the suggestion that the fines may be an ingenious bid to survive the dispensation of tight fiscal policy and diminishing budgetary funding from the federal purse. It is incontestable that the contribution of the private sector to the growth of the economy may be affected if regulators become overbearing and are left unchecked.

The huge civil penalty of N100 million slammed on Coca-Cola Nigeria by the Consumer Protection Council, CPC, in 2014 caught many unawares and set the stage for the current spate of huge fines. The penalty, heavy-handed even by CPC standard, contravened the CPC Act which recommends a N50, 000 fines as the highest penalty for the kind of infraction that necessitated the fine. Because Nigerians were not informed whether Coca Cola Nigeria paid the hefty fine or not, it seems other regulatory bodies were emboldened by the development and may have adopted the practice as part of their set-up to award punitive penalties against business concerns.

Recently, the Financial Reporting Council, FRC, fined Stanbic IBTC N1 billion and requested that the CBN and the Economic and Financial Crime Commission, EFCC, investigate the bank and KPMG Professional Services for “financial misstatements.” The council also suspended the registration of four directors of Stanbic IBTC and that of its audit engagement partner, KPMG Professional Services, until KPMG’s innocence is ascertained. The four directors suspended are Atedo Peterside, Sola David-Borha, Arthur Oginga and Dare Owei. The Nigerian Communications Commission, NCC, also imposed a N1.04 trillion on the South African telecoms subsidiary of MTN in Nigeria for failing to disconnect 5.2 million unregistered SIMs on its network.

In another development, the Central Bank of Nigeria, CBN, imposed a N4 billion fine on Skye Bank Plc and N1.87 billion on First Bank for failing to render appropriate returns on accounts of the Nigeria National Petroleum Corporation, NNPC. The CBN also fined UBA N2.94 billion for concealing a portion of the energy corporation’s fund. UBA was sanctioned for also refusing to remit the deposit of the energy firm into the Treasury Single Account, TSA, as directed by the Federal Government. All the banks have paid the fines.

Another major player in the private sector, Guinness Nigeria Plc, joined the rank of multinational victims of regulatory fines as it was fined N1 billion by the National Agency for Food and Drug Administration and Control, NAFDAC, for alleged infractions relating to the destruction and re-validation of expired raw materials without prior approval. According to Reuters, Diageo, owners of Guinness, said it did not fully understand the basis for the fine, nor the particular regulations infringed but was in talks with NAFDAC to resolve the matter. Curiously, a review of the NAFDAC Act shows that the highest penalty that it can charge for the infraction against Guinness Nigeria is N100, 000 per infringement.

If this is so, does it then mean that Guinness Nigeria committed 10,000 infringements before NAFDAC decided to act? This is most unlikely. NAFDAC, like other regulatory agencies, must understand that multinational companies play by a different set of rules and except where the Chief Executive Officer is criminally inclined, they subscribe to a strict code of corporate governance.

The administration President Muhammadu Buhari has given enough indication that it will no longer be business as usual in ministries, departments and agencies of government. It will be unwise to latch on to this disposition to scare away serious investors. Nigeria must avoid a situation whereby major business concerns that are engaged in legitimate dealings would begin to wonder who is next in line for huge sanction by a regulatory body. According to Rita Ramalho, 2015 Doing Business report lead author, World Bank Group: “Although Nigerian enterprises face regulatory obstacles, implementing business-friendly reforms will allow local entrepreneurs use their time and resources more efficiently and thus become more competitive.’’

Features do not represent the opinion of MANLY.NG

On keeping the goats from the yam: another look at TSA and zero-based budgeting_ by Tobi Adewale
#KogiDecides: Abubakar Audu’s death, the confusion and what the law says
To Top