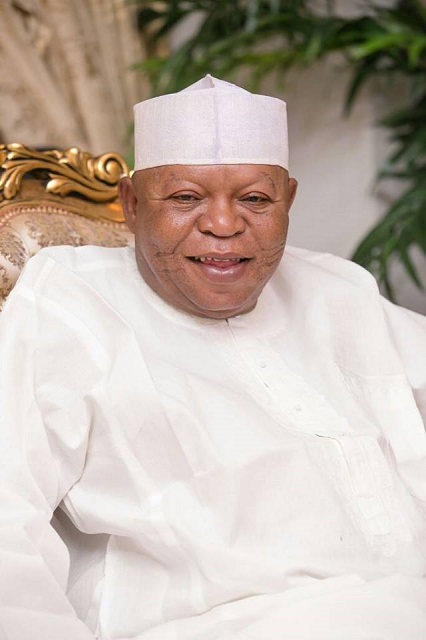 The Kogi state governorship election held on Saturday, November 21 was on Sunday declared inconclusive by the Independent National Electoral Commission (INEC), declaring “the election inconclusive as a result of no return has been made.” INEC also announced that a supplementary election will be held on a date to be announced.

Prior to the announcement by INEC, unofficial compilations of the results announced by the returning officers from the 21 local governments in Kogi state had indicated that Prince Audu maintained a comfortable lead and was likely to win the election.

A couple of hours after the announcement by INEC, news filtered in that candidate of the All Progressives Congress (APC), Prince Abubakar Audu was dead, a report which was subsequently confirmed by evening.

The confirmation of Prince Audu’s death brought up the necessary discussion about what becomes of the governorship election, which more specific queries as: does Audu’s running mate, Mr James Faleke become the governor; and does the present election stand?

A position initially canvassed by many was that Mr James Faleke would emerge the next governor of the state, being the running mate to Prince Audu, already presumed to have won the election. Proponents of the position cited section 181 (1) of the 1999 Constitution of the Federal Republic of Nigeria to support their claim. The said section provides:

If a person duly elected as Governor dies before taking and subscribing the Oath of Allegiance and oath of office, or is unable for any reason whatsoever to be sworn in, the person elected with him as Deputy governor shall be sworn in as Governor and he shall nominate a new Deputy-Governor who shall be appointed by the Governor with the approval of a simple majority of the House of Assembly of the State.

The above provision will however not apply in the instant case because Prince Audu was at the time of his death not yet “duly elected as Governor”, the electoral umpire (INEC) having declared the election inconclusive and announced supplementary elections. Mr James Falaeke can therefore not draw a benefit from a situation that has not yet come into existence as envisaged by the constitution.

The answer to the second question determines the first, and it is one with varied possibilities. For INEC to go ahead with the supplementary elections, the candidacy question for APC has to be resolved. A recourse to the Electoral Act 2011, as amended, becomes necessary at this point.

Section 33 of the Electoral Act states that a party can substitute the candidate it nominated for an election in the case of death or withdrawal of the candidate. As things stand presently, the late Prince Audu remains the candidate of the APC in the Kogi governorship election and the APC can, by reason of his death, substitute him for another candidate. This would also be the position if Audu was alive and had withdrawn from the process at this stage.

While the case of PDP v INEC (1999) 7 SCNJ 297 may not be on all fours with the present case, the decision of the Supreme Court provides some enlightenment. The court reasoned that a person who is a running mate to a candidate contesting the position of governor is by implication also contesting for the position. In that case, Alhaji Atiku Abubakar stood election to the office of the government of Adamawa state and nominated Mr Bonnie Haruna as his running mate. They won the election as the governor and deputy governor respectively. Before they could however be sworn in, Alhaji Atiku Abubakar was picked as the vice president candidate to Chief Olusegun Obasanjo. INEC held the views since they were not sworn in the deputy governor-elect could not be sworn in as governor of Adamawa state. The Supreme Court however held otherwise and Mr. Bonnie Haruna was subsequently sworn in as governor of Adamawa state.

In the present scenario in Kogi state, the APC can substitute the name of Prince Audu with that of Mr James Faleke ahead of the supplementary election and then substitute another person’s name with that of Faleke. As running mate to Prince Audu who was the candidate until his death, Mr Faleke by implication was also running for the office of governor, and in this situation can continue the race but the APC has to first make that decision.

This view may again be questioned on the grounds that there are different individuals involved but we must have a recourse to the decision of the Supreme Court in Rotimi Amaechi v INEC & Celestine Omehia that the party contests the election, even though there must also be a candidate.

“If after the time for the delivery of nomination paper, and before the election commences, a nominated candidate dies, the Chief National Commissioner, or the Resident Electoral Commissioner shall, being satisfied of the death, countermand the poll in which the deceased candidate was to participate and the commission shall appoint some other convenient date for the election within 14 days.”

The view would however be faulty on the ground that the Kogi governorship election is a process that already commenced before the APC candidate died, INEC can therefore not cancel (countermand) the election on that ground. The supplementary election is a derivative of the existing process and an uncompleted task arising from the first, not a separate election. INEC declared the election inconclusive and not void. That fact therefore rules out the operation of section 36 (1) of the Electoral Act in the present scenario.

The other issue that could be raised from the provision is the absence of a candidate but as explained earlier, the APC by implication has a candidate and yet again has the statutory right to also nominate a substitute for its deceased candidate who would then participate in the supplementary election. It is doubtful that an order for a fresh election will be the most appropriate to make.

Addressing the fad of huge corporate fines by regulators_ Adewale Okoya
{CHETA NWAZE}Of rumours, Abubakar Audu and the lack of an autopsy culture in Nigeria
To Top