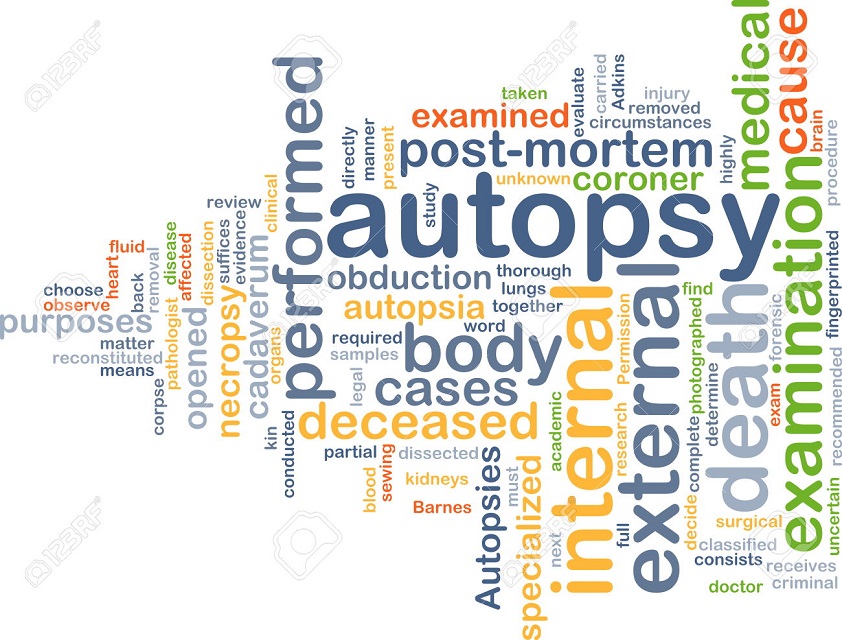 “Kogi United Forum are protesting the death of their kinsman Audu Abubakar!”

“A Mallam has resurrected Audu Abubakar!”

The above are just some of the headlines that made the rounds on Monday, following the death, and burial, of the APC’s candidate in the Kogi state governorship election, Prince Abubakar Audu.

Not much else illustrates the unfortunate retreat of knowledge in Nigeria than the WhatsApp broadcast that said Abubakar Audu had resurrected. The rumour was mercifully quashed by the confirmation of his burial by ThisDay newspaper.

Also unfortunate is the fact that Mr Audu was buried post-haste, without an autopsy. There are insinuations that the man was killed, YET no autopsy was performed to find out what caused his death. I don’t understand why people can’t see how wrong that is. It won’t even be far-fetched to suggest that we don’t really understand what an autopsy is.

An autopsy—also known as a post-mortem examination–is a surgical procedure that thoroughly examines a corpse to determine the cause and manner of death, and to evaluate any disease or injury that may be present. Usually performed by a pathologist, autopsies are seen as the nom de-rigueur in many advanced countries, which we will like to emulate. Autopsies are also seen as a very necessary learning tool for medical students seeking to understand the human body.

In Nigeria unfortunately, there has been a decline in the use of autopsies as a learning tool, with many students graduating without attending a single autopsy session. A 2005 study which was conducted on fourth and fifth year medical students in the University of Ilorin found that only 2% of the respondents had actually attended more than 2 autopsies, and only 4 of the respondents, or 2.1% of the students at that level, in that institution, had even taken part in an autopsy!

These figures are frightening.

If our future doctors do not, through no fault of theirs, see the value in an autopsy, then how can they advise the families of their dead patients on the need for such a procedure? How then, would Nigeria ever hope to add anything to the body of medical knowledge?

For the record, in Nigerian law, autopsies are mandatory only when there is the suspicion of criminal involvement in a seemingly natural death. This ancient way of thinking persists in 35 of our 36 states, with only Lagos, Nigeria’s most progressive state, mandating autopsies where there is the slightest suspicion of foul play. In the rest of Nigeria, nothing.

See how easy it is to kill someone creatively in our country and get away with it?

The fact that there was an accusation of foul play, in a forward thinking environment, should immediately make an autopsy mandatory. I don’t believe there was foul play. BUT, for legal process, it is important to eliminate such doubts. It puts a record, and once there is a record, you can sue. That’s how it’s done – autopsy -> establish cause of death -> wait for an idiot to make an accusation -> sue such idiot for libel -> get judgement -> watch other idiots run away. What I am saying is simple: reduce their scope to talk rubbish. But, that the family, for religious or cultural reasons, rushed him into the ground is symptomatic of Nigeria’s steadfast refusal to embrace the knowledge economy. We will never, unless there is a court order, know exactly what killed Mr Audu. And so many others.

Now for what I think about the late Mr Audu…

Truth is, it is not really surprising that Mr Audu died–may his soul find peace. To be honest, he was an overweight, obviously ill, 68-year-old, who had just undergone a gruelling campaign process for an (s)election, had issues with the EFCC, and to top it all, decided, for whatever reason, to add the rigorous activity of taking on a 19-year-old as a wife.

There is a lesson here, for everyone: be conscious of your health, especially when you, a habitual couch potato, engages in uncharacteristic physical activity–such as the one that stems from political campaigns and the demands of a young, virile wife or mistress.

#KogiDecides: Abubakar Audu’s death, the confusion and what the law says
{Bayo Oluwasanmi} Sambo Dasuki and other cowards feigning illness to escape justice
To Top