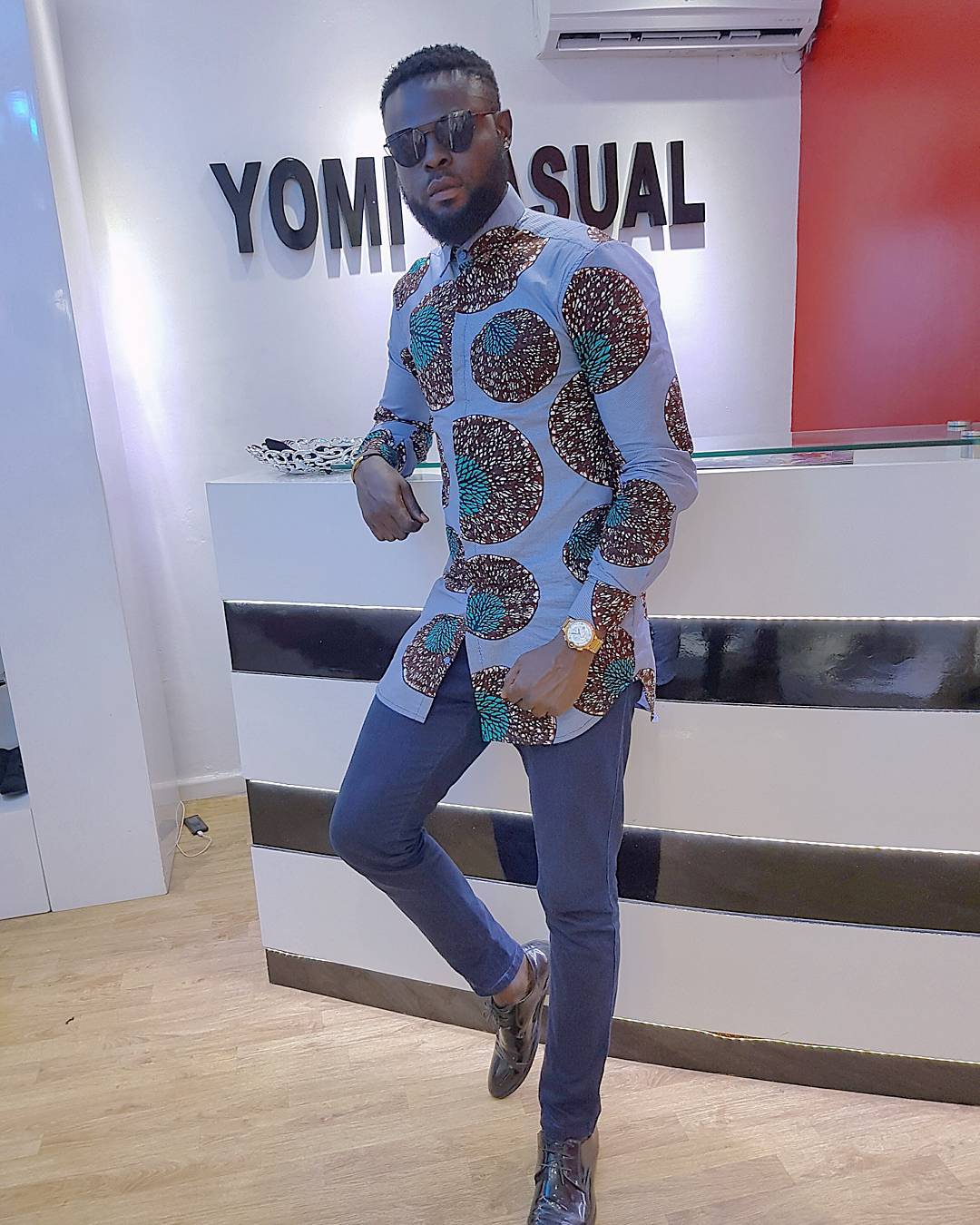 Yomi casual is one of the leading fashion designers in Nigeria. He is one person whose works is constantly looked out for by Nigerian men. Find his biography below

Omoniyi Makun also known as Yomi Casual (brand name), was born January 25, 1985 (age 32) in the city of Lagos, Nigeria.  Yomi happens to be the last of seven children and younger brother to popular Ace Comedian, Ayo Makun also known as AY and has his origins traced back to Ifon, Ondo State, Nigeria.

Yomi Casual as he is popularly called happens to be a graduate of Auchi Polytechnic, Edo State, Nigeria where it dimmed him fit to have studied Fashion designing and Technology of Clothing. One would ask, why such a course? In the true sense of it all, with the competition associated with the fashion designing industry, Yomi Casual has been able to set himself aside as one of Nigeria’s finest designers among other fashionistas with gratitude to all of his fellow feeling for distinction and originality.

ABOUT THE BRAND, ‘YOMI CASUAL’

The instituting CEO of one of the biggest African Inspired Ready to Wear Fashion Label, Yomi Casual, so happens to have become one of the favorite designers to a majority of celebrities and entertainers in Nigeria today as well as Africa as a continent without limitations, bounded by his determination and passion for fashionable style designs.

The concept behind what Yomi Casual actually does with his fashion works is one aimed towards portraying the African tradition and culture. Speaking of the Yomi Casual brand, present-day Nigeria, and Africa as a whole, features these exceptional but stunning fashion designs as well as have found its way through the hearts and to the wardrobes of many big men and women, most especially celebrities and politicians in Nigeria.

In the year 2014, Yomi Casual had been recognized as the winner of the inspiration Excellent Award which happens to be just among the many other awards as listed below he has been honored with;

EARLY STAGE OF HIS CAREER

Omoniyi Makun had started out with his fashion label as Yomi Casual® in the year 2007 in addition, made his way amongst the A-list Fashion designers in Nigeria when his gallant, as well as fashionable designs, turn out to be the favorite of Superstars in Nigeria as well as Africa.

Yomi Casual® is a label brand that focusses in African prints, particularly ready to wear African fashion designs. With a complexly textured design concept, Yomi Casual has been able to isolate his clients from other brands when you speak of fashionable styling. The definition of Casual for Yomi is consciously the undeviating reverse of the Fashion World classification of Spontaneous.

The Yomi Casual concept of designs is based on a distinctively stitched to a standard of Flawlessness. The availability of influential designs compliments you from all perspective. According to Yomi Casual, each time a new design is birthed, a Celebrity always comes to mind. Famous or not, just having to style in the Yomi Casual outfits helps establish a sense of celebrity consciousness within you thereby making you automatically a celebrity.

To see all of Yomi Casual’s styles, this site has a lot of his collections and styles. Click on these topics

…from the YOMI CASUAL team member point of view

We are steered by as well as compelled by the sincere modernizations of Olorunyomi Omoniyi Makun our Establishing BOSS, who clamps a degree in Fashion Design & Clothing Technology from Auchi Polytechnic in Edo State, Nigeria.

Ever since Yomi Casual has been able to set in high regards a privileged height of drawing models in the Profile of Luminaries for his new-fangled collections. Name any celebrity here in Nigeria, and be sure to find at least 5 outfits from the Yomi Casual brand in their wardrobes.

Omoniyi Makun, generally identified as Yomi Casual got betrothed to Grace who happens to have been a girlfriend from back in the days on the 9th of July, 2017 at the Funnybone Untamed II comedy display in Eko Hotel & Suites.

The lucky girl in question happens to have been dating Yomi Casual for quite a long time and happens to be the CEO of Fab Jewels.

It was a lovely one to behold as Yomi Casual could not keep calm and took to his Instagram handle to show to the world the stunning ring he got her with her name already engraved on it- Mrs. Makun.

Who would have thought Yomi Casual was such as romantic as he had the DJ play the Styl Plus hit track “Olufunmi” sounding in the background while his longtime friend and Actor of Nollywood, Gbenro Ajibade handed him the ring as he got on one knee with the rest of the evening being history.

Yomi Casual® has been featured in Fashion Exhibitions in Nigeria, and in the UK counting the current Native Vogue International Fashion Week which happened to have been hosted in the city of Port Harcourt, Nigeria.

On the record, Yomi Casual® is the certified Clothier of AY Makun as well as many other celebrities and politicians. His wears happened to have been acknowledged in the award-winning 30 Days in Atlanta, a movie that happens to have been filmed in Atlanta, USA besides Lagos, Nigeria. Yomi Casual® is also the approved Outfit Partner of AY Live Comedy & Music Shows, as well as Shift Celebrity Praise – a yearly thanksgiving occasion for all Nigerian Celebs.