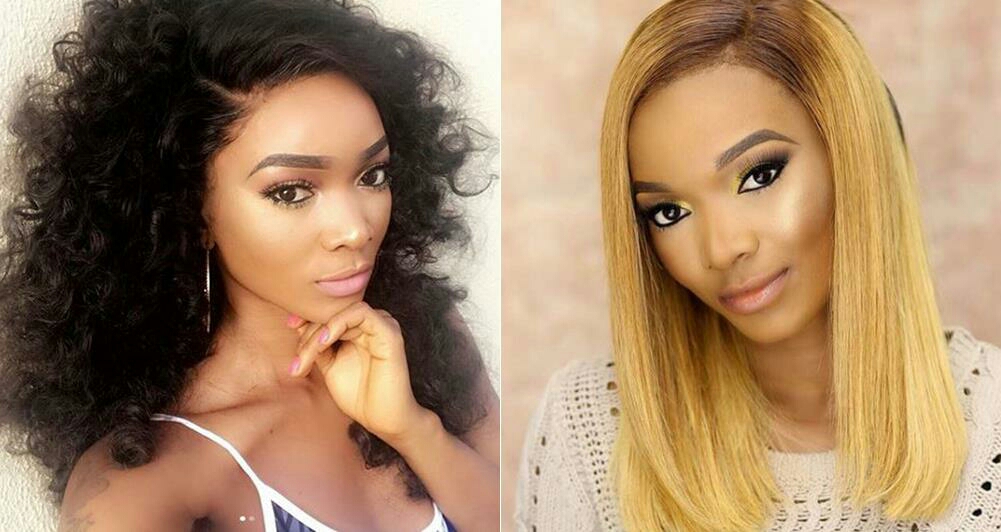 Wofai Fada is a Nigerian MC, comedienne, actress and media personality. The 26-year-old Instagram celebrity commands a huge followership on the social media because of her beauty and her ability to keep users laughing with her skits.

Wofai Was born in Ugep Yakurr area of Cross River state, on 11th May, 1990. Born to teachers, Wofai had a middle-class upbringing. She is the third child of five children.

Wofai attended her primary school and secondary school in Calabar. The fast-rising social media sensation attended University of Calabar where she graduated with a Bacher of Arts in Theatre and Media studies.

She started releasing skits in 2014, as a casual hobby. This eventually turned into a huge sensation.  Her first TV appearance was MTN Lovers Ball in 2015. She is currently a TV presenter on EbonyLife EL Rated.

She featured the Wedding Party part 2, a highly anticipated movie featuring lovebirds Banky Wellington and Adesua Utomi. She is planning to start her own TV show, Wofai show.

In 2016, Wofai was awarded the National Comedy Award and Best Stand-up Comedian of the Year.

Under the brand name Just Afang, Wafai is showcasing her entrepreneurial skills. She dishes a Calabar delicacy named Afang in Lagos.

Wofai is known as a hustler and has no limits in her search for success. She has known to have performed all sort of menial jobs in her path to fame. She has hawked ice cream, sold second hand clothing and ushered at several events. While squatting at a friend’s apartment, she kept her head up high and continued to persevere.

Her first movie project namely Apollo, is still a plan in progress and she hopes it will ground her position in the entertainment industry as a versatile all-rounder.

Early 2017, Wofai Fada signed with Monkey Media House as their first client. This is a talent management company founded by Godfrey Eguakun. Monkey Media Records has done a brilliant job of putting several African artists on the map and hopes to reciprocate this success with its sister group.

In June 2017, Comedian Oluwatobi Owomoyela, known by his stage name Peteru and Wofai Fada co-hosted the Rhythm of Love show in Georgia, United States where they cracked the ribs of the audiences. This event was organised by Emory Green Limited.

In November 2017, DJ Lambo in partnership with Lagos state, Jollof Network and Tell Entertainment had a free concert in computer village, Lagos. This show was hosted my Wofai, she was on stage alongside M.I, Skales and Yung L.

At the Grand World Premiere of the Wedding Party 2 – Destination Dubai in Eko hotel and suites, Victoria Island, Wofai Fada was selected by OnoBello.com as one of the 10 female celebrities that looked fabulous and got an A for effort in trying to keep in line with the Arabian chic theme. Wofai Fada looked exquisite in her Indian saree, further portraying herself as the bold and stylish celebrity we all know and love.

In March 2018, she featured in New Money, a Nigerian movie about a shopgirl who became a billionaire overnight after inheriting her father’s empire.

April’s issue of Tush Magazine featured Frank Donga and Wofai Fada on the front page. Wofai rocked a pink blazer from Emmy Kosbit’s collection and Frank Donga also in matching pink, wore a tailored suit from Josh Amor. The two comedians are alike in the way they have been able to capture social media users with their funny, entertaining and short comedy skits. The hardworking social media influencers are a force to reckon with in the comic industry and this is just the beginning.  Other renowned personalities featured in that issue include Anthonia Nneji, Nancy Isime, Kiddominant and others.

In April 2018, plans were on the way regarding the launch of Wives on Strike series as a sequel to the 8th highest grossing Nigerian Movie since 2000, Wives on Strike. The supposed cast include Wofai, Toyin Ibrahim, Uche Jombo and other Nigerian top actresses.

Wofai had an interview with Woman.NG where she discussed about how her idea to open an eatery started. She reminisced that her friends loved to come over and eat her Afang soup, being a native of Calabar, it is a delicacy they claim she is very good at. The idea came to her to start a restaurant serving that delicacy to the rest of Lagos. Upon discussion with her partners, Monkey Media Group, they set up a website. The business has been flourishing ever since. She claims it has been difficult balancing her comedy skits, acting career and managing the restaurant but she is motivated to see it all through because while she loves her job, she also loves cooking. Her future plans for the restaurant includes expansion to other cities in Nigeria and creation of an organised structure so management could be less tedious. Monkey Media House manages the online food and delivery service.

At the Sound City Awards in 2018, Wofai Fada was attacked on social media for her thinly cladded outfit to the event. She was largely criticised for indecent dressing. Wofai Fada has always been very confident about her body and is not afraid to show off some skin, this has drawn controversies for her in the past.

In Febuary 2018, Wofai replaced her Honda salon car with an Infinity SUV as a testament of her growing stance. She boasts of over 500,000 followers on Instagram.

Why Should My Body Count Be A Problem?
“All Nigerian Men Are Conmen” Read What This Kenyan Lady Has to Say About Us
To Top
Loading Comments...