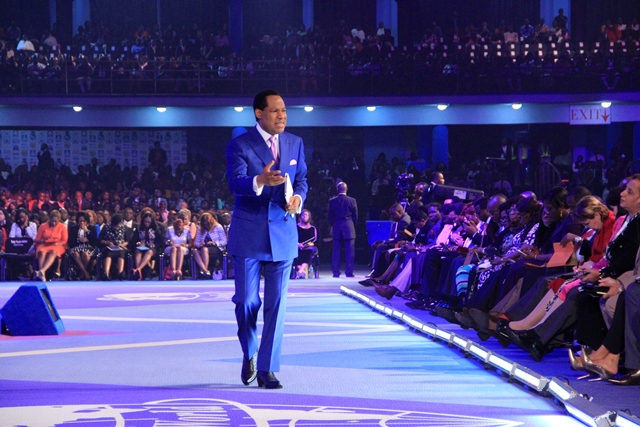 This article shows a profiling of the top richest and most famous men of God in Nigeria from in an ascending order. These pastors are profiled;

Joshua Iginla happens to be the most senior pastor of Champions Royal Assembly, Kubwa, Abuja with a love for the mass media. The Ekiti state born Joshua is a very popular man of God to inhabitants of Abuja and the country as a whole as one who exhumes humility and gives out gifts worth a fortune to members and non-members of his church.

She happens to be the G.O of Omega Power Ministries in Rivers state, Nigeria. In a testimony by hone of her church members who she had healed from a disease, he stated in his testimony that he had made a contribution of the sum on one hundred and twenty million naira (#120,000,000) in appreciation to the healing he had obtained from the woman of God.

General Overseer of Maranatha Covenant Ministries International is a popular man of God in the Northern parts of Nigeria. He passes out to have a lifestyle of meekness and humility but we all know this is all a charade. The mechanical engineer Bishop, claims to have a licensed from where he gets his money and not from the salary gotten from ministering.

Prophet Isa happens to be the General Overseer and founder of the Evangelical Bible Outreach Ministry International well known as EBOMI with its foundation in Jos, Plateau. The minister controls a church audience of thousands with an eleven storey building well known as EBOMI’s prayer temple said to be worth billions of naira. Ex-Governor of Plateau, Jonah Jang happens to be a senior pastor in this church.

Founder and Overseer of the Monutain of Fire and Miracle Ministries started off in the early days from a rented hall in the Ebute-Metta areas of Lagos in the early 90’s and now to a massive prayer ground along the Lagos-Shagamu expressway with branches all over the world. The MFMM church as it is popularly called owns a University as well as a football club.

The owner and founder of the Living Spring Apostolic Ministry located in Omole, Ojodu-Berger area of Lagos state started off 16 years back. The church is known to be a major cause for traffic every Wednesdays when they hold their mid weekly church programme. Apostle Wole Oladiyun is known to have been the one to commission a multimillionaire hospital worth over 500 million naira to build in the year 2012.

Victorious Army founder and founder happen to have his church located in the Ogba area of Lagos on ACME road. He and his wife, Blessing Agboli are well known for their flamboyant style of dressing. The couple is suspected to have vast investments in money spinning sectors in the federation.

The Lord’s Chosen Charismatic Revival Movement Overseer has in his power a large fleet of buses parked along the roadside of Oshodi/Mile2 expressway every Sunday. Muoka’s members are made up of both high and low income earners and his ministry has soared to great heights over the past years. It is not a story any more that members of his church wear a yellow traffic warden like jacket and it is said that these cost five thousand naira (#5,000) each to acquire.

Founder of the Christ Royal Family International Church (CRFIC) in Ogun state has made known certain significance that categorizes him as both a minister and a businessman. Owning to his name a Medical Health Center named Royal City Medical Center and a Water factory (Royal City Water Factory) as well as a Printing press (Royal City Printing Press), you do not need any more proof as to him being a Minister as well as a businessman.

Evangelical Minister and Politician, Chris Okotie is the founder of the Household of God Church, Oregun, Lagos. Okotie was a one-time pop star in the 80’s although he still ministers with singing every now and then, is one of the richest pastors in Nigeria. Okotie ventured into politics as well while contesting for presidency but lost.

Pastor T.B Joshua is the founder and General overseer of the Synagogue Church of All Nations (SCOAN). This man of God is believed to be super rich as his church is the first to be a center for tourist attractions as members from all over the world make it obligatory to attend his service. SCOAN has its headquarters at the Ikotun area of Lagos.

Head pastor at Kingsway International Christian Center (KICC) located in London is well known for having to have made head way when in the year 1992, the Foursquare Gospel Church had sent him to London to start up a London branch for them but had used the same opportunity to start of his own Ministry different from theirs.

General Overseer of the Redeemed Christian Church of God with its headquarters along the Lagos/ Ibadan expressway is known to be one of the richest pastors in Nigeria. Pastor Adeboye is known to have an institution to his name – Redeemers University located in Osun state and a large revival ground.

Pastor Chris is the founder of Christ Embassy also known as the Believers Love World Ministry. Pastor Chris as he is popularly called all over the world happens to have been listed amongst the richest pastors in the world with Forbes list estimating what his worth is at between $30 million and $50 million.

Founder of the Living Faith Ministry Worldwide also known as Winner’s Chapel is not only regarded as the richest man of God in Nigeria alone but also in the whole of Africa. Winners Chapel has to its name the first and largest of all worship centers in Africa which is located in the Ota area of Ogun state.