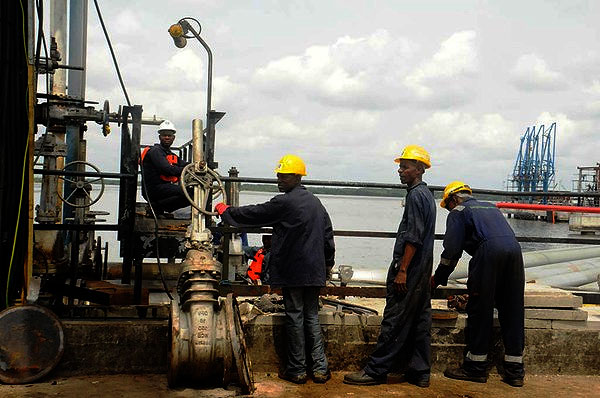 For the first time in decades, NNPC has announced abysmal results to the chagrin of Nigerians. NNPC released its 2015 full year results and it showed a shocking N267 billion loss.
See some highlights from the report below;

• 706,242,496 barrels of crude were lifted during the year
• Value of crude lifted for the year was $37,558,046,367
• Three of the countries three refineries posted combined losses of N82 billion.
• KRPC, PHRC and WRPC posted losses of N34.6, N23 billion and N24.3 billion respectively
• PPMC also posted a loss after subsidy of N57 billion during the year
• The biggest contributor to the loss was however its Company Head Quarters which posted a loss of N162.7 billion
• The report did not show operating expenses which would have shed more light into how efficient its operations are.

This report comes as Shell announced its plans to cut jobs to reduce cost.
This was made known by Shell’s Chief Executive, Ben van Beurden, during a webcast on its 2015 fourth quarter and full year results earlier this week. He said that the plan was part of holistic changes the company was undertaking to restructure and refocus its operations this year.
A Nigeriam spokesperson for Shell, Precious Okolobo, declined to state specifics but industry insiders have said that it would be mostly contract staff.
The Shell Chief executive said the company was making substantial changes by reorganising its upstream, reducing costs and capital investment to enable Shell respond to lower oil prices.
The National President of the Nigeria Union of Petroleum and Natural Gas Workers (NUPENG), Igwe Achese has however said the union will resist any attempt to cause job losses in the oil and gas sector.

It is Doubtful if This Current Administration can Implement Change_ Chief Olusegun Obasanjo | Predicts Massive Economic Doom
President Buhari Goes On Five-Day Trip to attend to “ Health Issues”| VP Osibajo is In Charge till He Returns
To Top
Loading Comments...