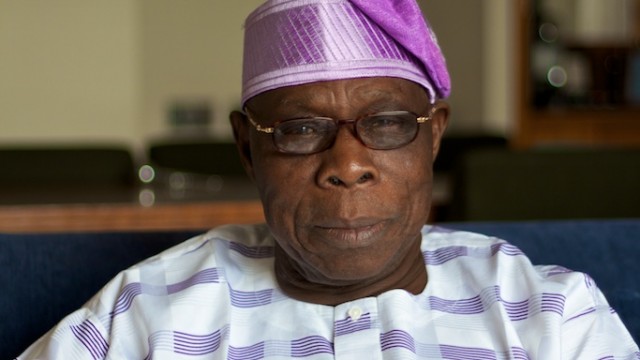 Yesterday, during the conference of Ibadan School of Government and Public Policy, ISGPP, Ibadan, Former President of Nigeria , Olusegun Obasanjo shared his doubts about the current administration.
He said that he doubted its ability to implement changed. He also noted that the public service reforms done by his administration may have been reversed
In his words;
“The problem today is that it is doubtful if the current administrative system is imbued with right mix of skills and values to successfully implement a well-articulated programme of change.”
The former President also predicts economic doom

“The drastic fall in the price of oil in the international market has unraveled the weakness of governance in Nigeria. “The Minister of Finance has recently announced that the 2016 Budget deficit may be increased from the current N2.2 trillion in the draft document before the National Assembly, to N3 trillion due to decline in the price of crude oil.

“If the current fiscal challenge is not creatively addressed, Nigeria may be on its way to another episode of debt overhang, which may not be good for the country. It will be recalled that a few years ago, we rescued Nigeria from its creditors with the deal in which the Paris Club of sovereign creditors wrote off USD 18 billion of debt, Africa’s largest debt cancellation.

“Nigeria then used windfall earnings from oil exports to pay off another USD 12 billion in debts and arrears.

On whether the govt working?

“On the rest of Sub-Saharan Africa, the hope that followed the initiative of the New Partnership for Africa Development, NEPAD, and African renaissance initiatives are being threatened by developments in the global economy and governance.

“Falling commodity prices have put pressures on local currencies, and if caution is not taken, may lead to mounting debts. It is, indeed, proper for us in Nigeria to ask the questions: Is the government working? Is government positioned to deal with challenges arising from these new developments?

“These questions are made apposite by the massive scale of poverty and unemployment, the decay in infrastructure facilities, the impoverished living standards of citizens with regard to food, housing, water supply, education and healthcare which have deepened in recent years.

“This is complicated by the protracted experience of violence and brutality, the flow of internally displaced persons, IDPs, arising from the Boko Haram insurgency in large parts of North-Eastern Nigeria where many citizens have become distressed, live in fear and insecurity.”

Systemic failure
He continued: “Recent developments in governance show the failure of systems, the disregard for institutional processes and the general decline of institutions that used to function to guarantee reasonable service delivery to citizens.

“When I assumed office in 1999, though I had some sense that the bureaucracy of government that I left in 1979 had experienced significant decline, I only appreciated the extent of this decline after the Dr Christopher Kolade Panel that I set up submitted its report.

“I implemented remedial measures and a reorientation programme coordinated by Professor Adebayo Adedeji. I got the Management Service Office to undertake and evolve a National Strategy for Public Service Reform. The reform process commenced in 2003 and by 2007, significant progress had been made.

“Unfortunately, the evidence available today shows that those gains have been reversed. The problem today is that it is doubtful if the current administrative system is imbued with right mix of skills and values to successfully implement a well-articulated programme of change.”

He also noted that this administration must be committed to change
“Now, given these governance challenges and our experience with reform, it is clear that change doesn’t just happen, there must be a basis for change. Leadership has to be committed to change. Beginning with the reality of the budget, there is need for sober reflection. Rebuilding the foundations of governance involved paying attention to values, principles and practices that promote hard work, innovation and sacrifice.

“Leaders who call for sacrifice from the citizenry cannot be living in obscene opulence. We must address these foundational issues to make the economy work, to strengthen our institutions, build public confidence in government and deal with our peace and security challenges. We must address the issue of employment for our teeming population, particularly for our youths.

“Leadership must mentor the young and provide them with hope about their future as part of a process of inter-generational conversation.”