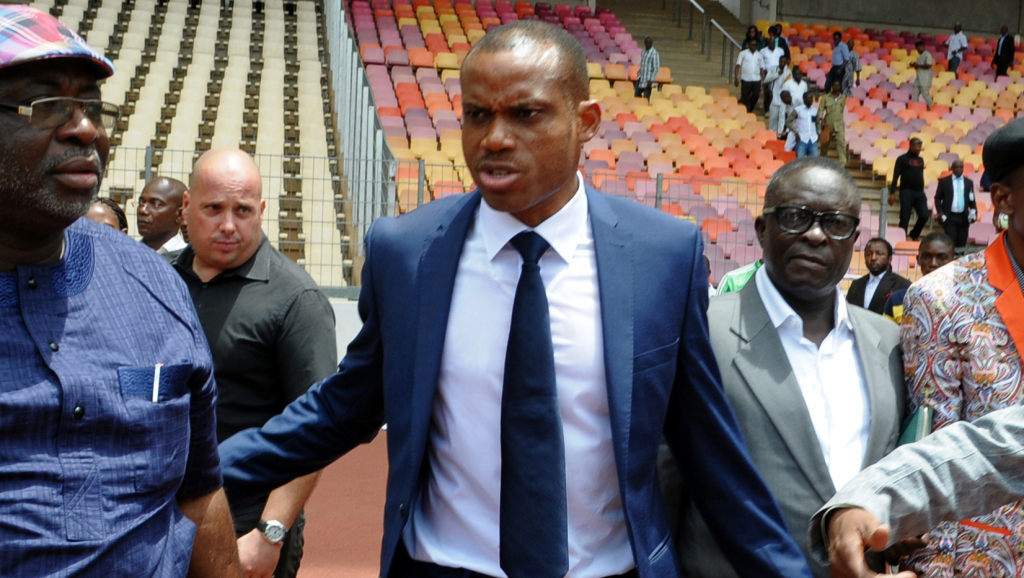 The drama between Sunday Oliseh and the NFF doesn’t seem to be ending anytime soon.

It just keeps giving
The Nigerian Football Federation has made it clear that they would be demanding the sum of N10 million from Ex- Super Eagles Coach Sunday Oliseh
According to them, N5 million would be a refund of the five million Naira paid to former Super Eagles coach Sunday Oliseh which was meant for his accommodation in Nigeria.
The other N5 million would be in lieu of his one–month notice of resignation.
In an Interview with Vanguard, the NFF, represented by the Chairman of the NFF technical committee, Chris Green took  out ample time to insist that the governing party never imposed any player on him
He lamented
“I can vouch for Felix Anyansi-Agwu, who was chairman of the committee before me, that he is not that type of person. I was made chairman on January 16 and travelled to Rwanda on January 17, when the team for the CHAN had been composed. The Super Eagles have not played any match since CHAN. So, when did we have time to try and impose players on him? “We are not in anyway moved by his vituperations. He claims we did not provide him information with regards to Egypt, but how come we have been able to provide Siasia with the same? He should respect himself and move on.” Share on Facebook Share on Twitter Christoper Green Christoper Green Green lamented the fact that Oliseh did not respect the NFF after he warm reception he received after he was employed. He said: “We welcomed Oliseh with so much warmth and so much regard for his person. It is sad that he has failed to reciprocate, even at departure. He is simply full of too much talk. “He should stop leapfrogging into unfamiliar territories, such as his mention of capacity –building program. That program was fully sponsored by corporate bodies and was never at the expense of anyone’s benefits.” He also discussed Oliseh’s claims that he put the interest of Nigeria at heart before making decisions. GET for FREE: Get the latest sports news on Naij Sports “How much he put Nigeria first in everything he did show in the way he abandoned ship with only weeks to crucial games. “It is clear he wants to remain in the news for no other reason than to distract the NFF and the team from concentrating on these two crucial matches. It is very easy for people to grandstand and claim to be more patriotic and altruistic than others, but the true test remains what such people do when the chips are down. “Oliseh showed a lack of heart in the way he left. And he was purely grandstanding when claiming some persons spoke to him to drop a law suit, when he knew from the beginning that he had no case.”

Do You Agree? Rio Ferdinand Says “The Premier League has none of the world’s best players… that’s why our clubs fail in the Champions League”
“I thought I was going to go on loan” Alex Iwobi Expresses Surprise at Being fast-tracked into the Arsenal first-team
To Top
Loading Comments...