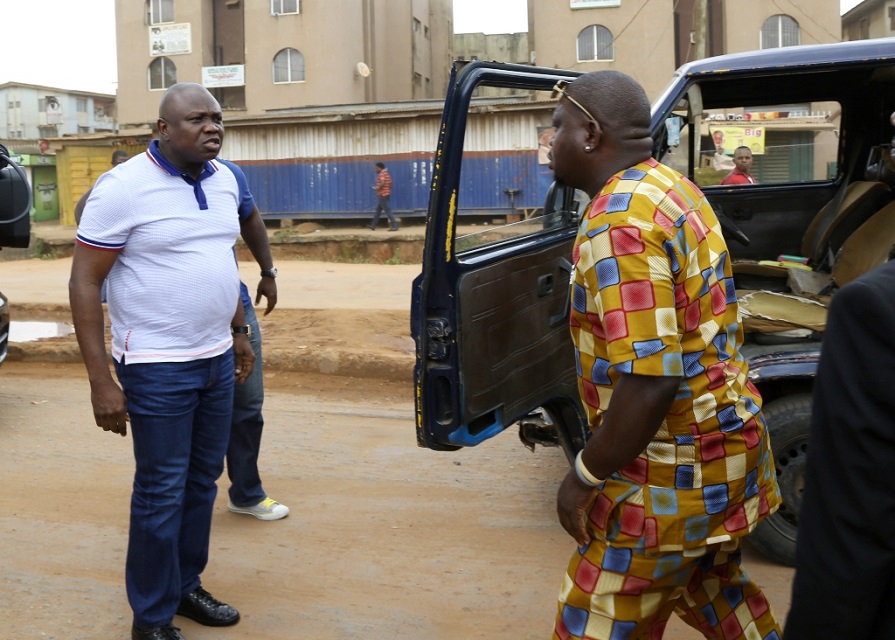 When a person attempts to rewrite history in a bid to justify the inadequacies of the present, we must be wary of such.

When I read Segun Ayobolu’s article trying, not-so-subtly, to make excuses for the current lackadaisical attitude of the Lagos State Governor, I found myself wondering if this writer believed us all to have no memories of the past years.

Because I remember, and I imagine as do many Lagosians and Nigerians, the events of the past. Of course, with this in one hand, and with a clear assessment of the current happenings, it is not hard to draw causal links.

While Segun Ayobolu attempted to pull the wool over our eyes, I will remind him (and others who may have forgotten) of certain facts and link them to the many problems Lagos has been facing in the past few months since Akinwunmi Ambode became Governor.

A lot has been said about why LASTMA officials have been lax in the performance of their duties since Babatunde Fashola, SAN left office, with many attempting to muddy the waters with excuses and fabrications.

To make my point, I want to return to the origins of LASTMA, which was established by former Governor Bola Tinubu, who decided that the staff members of the agency would not be Civil Servants and thus not eligible for benefits that Civil Servants get including pension (at the time), opportunities for promotions etc.

When Babatunde Fashola converted the status of workers in the agency to Civil Servants, a lot of them were relieved because they believed their futures to be better assured. Akinwunmi Ambode, as part of a series of actions which many in the State still find no plausible explanation for, reversed their status to what it was at inception. Of course, causing an upheaval in the lives of the many officials whose efforts kept Lagos roads
sane for years.

This is what has led to the ineffective management of traffic the State has witnessed over the past few months. The Governor’s recent effort to backtrack on what was an ill-advised decision is proving a little too late.

This root cause is what Mr. Ayobolu refused to acknowledge as he tried to find several excuses “ranging from corruption to the terrorisation of Lagosians through demands for bribes (the same Lagosians who, when asked by Fashola if they would rather LASTMA was scrapped, vehemently called for the continuing work of the agency).

Ambode further exacerbated the LASTMA standoff by personalising the impersonal. In the bizarre events that surrounded the exit of its previous head, the governor, in irate mood, descended on the LASTMA yard to query why his relative’s vehicle had been impounded by the agency. In his harrumph and huffing, the most glaring fact had been ignored “his relative had contravened a traffic law.

The rashness of the subsequent dismissal of Edu has already been played out after his replacement was summarily replaced before his name was even etched on the door. The mistreatment of their boss undoubtedly further affected morale and the worsening state of traffic unfortunately, has far-reaching consequences.

It affects the ease of doing business in the state and has also led to great insecurity in the State, with each passing day bearing new reports of robberies or attempted robberies in traffic.

Segun Ayobolu again attempts to rewrite history in favour of his partisanship by claiming that people who were deported from Lagos have now returned. He ignores the truth that the people who were moved to their home States under the Fashola regime were destitute people who were first rehabilitated then given the option of becoming productive members of the Lagos society or going to their States of origin to continue their healing process.

The writer neglects to mention the real people who are behind the rise in insecurity: both foremost contestants in the last Gubernatorial elections, Akinwunmi Ambode of the All Progressives Congress and Jimi Agbaje of the Peoples Democratic Party, who armed their sycophantic area-boy supporters in the lead up to the elections.

Instead of blaming those who created this unwanted situation and urging them to mop up the arms and end traffic jams, Mr. Ayobolu makes excuses for them, even going as far as to claim that the previous government only focused on the needs of the rich.

Thankfully, as a not rich person, I benefited from the many ways the Fashola government improved Lagos as a whole, from the Maternal and Child care centres built in many areas to the major road constructions like the Badagry Expressway or the Ikorodu to Mile 12 road.

The only reason many of us voted for Ambode in the last elections was that we believed, erroneously as is being proved, that he would build on the good things Fashola had done.

Despite the fact that his countenance in the election period did nothing to inspire confidence, his refusal to debate and inability to speak for himself without Fashola’s help made us uncomfortable. The only voice we heard during the election was Fashola’s.

The few times Ambode spoke he lamely chanted the mantra of continuity but that has proved to be little more than a con to the people of Lagos. We haven’t forgotten the Oba of Lagos threats against non-indigenes as he attempted to force votes for Ambode during the elections. Ultimately the Oba’s comments succeeded only in marginalising non-indigenes and played a major part in the oh-so-close final results.

And yet, in spite of all this, we voted for him, believing him to be committed to the growth trajectory Lagos has been on since 2007 when BRF was elected. It is sad that all we have heard in the months since May are excuses and attempts to deflect blame.

It is sad that instead of building up since election, he instead chose to remove a lot of those who had been running the Departments and Agencies that led to the growth of Lagos, leaving the State floundering.

What I am tired of is the constant attempts by Nigerian politicians to blame their incompetency on the leaders before them. What is even sadder is when those who should know better and who should speak truth to authority choose to perpetuate these lies. It will serve Akinwunmi Ambode well to humbly listen to the complaints of aggrieved Lagosians and build on the legacies left by Babatunde Fashola, instead of trying to reinvent the wheel.

Sycophants like Ayobolu do not serve the Governor well by perpetuating a fool’s paradise. Lagos may not have been a paradise before May 29, 2015 but it was certainly working; it needs to start working again.

Features do not represent the opinion of MANLY.NG

Mr. President, are you for real? by Etcetera
On keeping the goats from the yam: another look at TSA and zero-based budgeting_ by Tobi Adewale
To Top