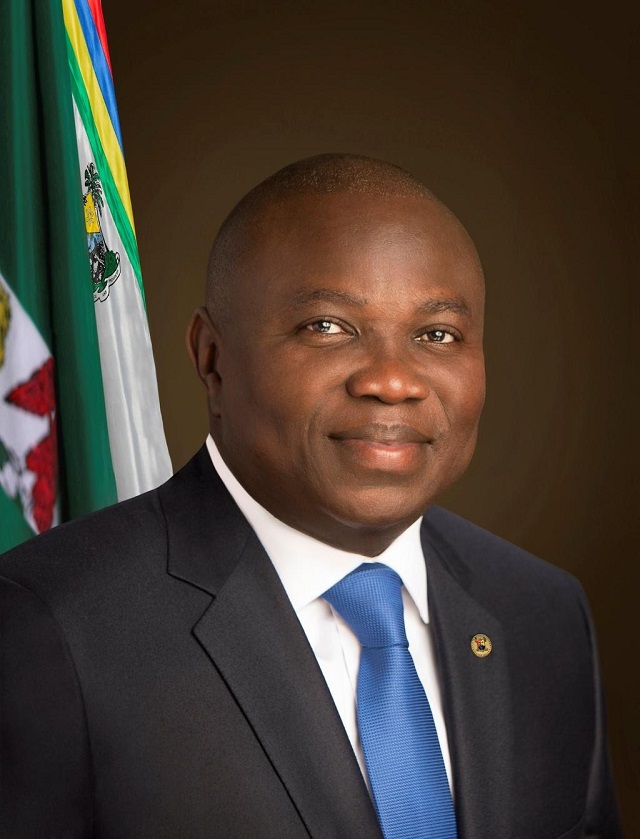 A couple of days back we reported The Economist’s article on Governor Akinwunmi Ambode’s government. Read here if you missed it.

Well the Lagos State Government has responded. Their response below:

The Lagos State Government has taken note of an article in the latest edition of The Economist magazine entitled “Paralysed: Why Nigeria’s largest city is even less navigable than usual” and has considered a rebuttal necessary, in view of the bile and bias contained in it.

The said article has since gained frenetic, orchestrated spread in both social and traditional media in Nigeria, helped in part, ostensibly, by a push from a recalcitrant legion of traducers still struggling with the reality of a new helmsman whose idea of progress in Lagos State factors in electoral promises and respect for human dignity.

If we excuse the fact that the offensive article in The Economist came out last weekend just about the time that Lagos State Government has added some bite to its security and traffic management efforts, what shall we call the curious ‘culling’ of the said article by some local media? For only last Friday, the media had widely reported Governor Akinwunmi Ambode’s comprehensive enforcement effort on traffic management, which in a matter of days has already started yielding positive results and wooing converts to the Ambode cause.

Is it not painfully obvious that fifth columnists have hijacked this one-sided reportage in The Economist that failed to take into account the bigger picture of an emerging reform policy, designed to address the larger concerns in the management of security, traffic and the environment? If we were to conclude hastily, like the article did, we would have described the magazine’s effort in the same words it once famously used as “an unpleasant nose-to-stranger’s-armpit experience.”

But we won’t necessarily query the original motive by asking “what is it about foreign correspondents that makes them believe they are the ultimate authority” on a city they have only covered for a few years, as India’s Swarajya magazine did last year in taking The Economist to the cleaners when it ran a harsh report on Indian Prime Minister Narendra Modi’s appearance at Madison Square Garden in the United States.

However, because the magazine got its report on Lagos wrong on every score, what is important is to deconstruct the fallacies therein:

Firstly, The Economist claimed Governor Ambode cut the powers of “traffic controllers by banning them from impounding cars” and “officers have refused to enforce the rules.” This is inaccurate and preposterous.

In July, what the Governor did was to task the officers of the Lagos State Traffic Management Authority (LASTMA) to release to the owners hoards of impounded vehicles that had clogged LASTMA offices for several months or years without claims or retrievals. What’s the use of turning a government agency into a junkyard thereby blocking space for other offending vehicles that could be taken in?

The Governor also enjoined them to choose booking offenders through a ticketing system backed by the same type of technology used in licensing and tracking vehicles instead of impounding the vehicles as first option. If technology could work for vehicle licencing and tracking, why should we be timid of exploring a similarly convenient option that saves time and money and shows a more people-friendly approach to law enforcement?

Both considerations, of course, arose out of the campaign promises that the governor made to voters. But to The Economist, this is inadequate and anything that falls short of a show of force and dehumanizing traffic offenders is unacceptable to this international magazine that used to stoutly stand for human rights and civic engagements.

That The Economist sees nothing wrong in recalcitrant officers refusing to carry out a directive by their employer is as surprising as it is shameful. Shockingly still, the veil finally came off this curious article when it states that by choosing a compassionate approach to enforcement, Governor Ambode is less competent and has deviated from his predecessor’s template. But what legacy has The Economist bequeathed to former Governor Babatunde Fashola? “Cars were terrified into order by a state traffic agency, LASTMA, whose bribe-hungry officers flagged down offending drivers.”

This is clearly an uncharitable summation of traffic management under the last administration. It is disrespectful, even more condescending to the officers of LASTMA and to Lagosians in general for whom the magazine purports to be fighting.  In any case, if indeed some officers were corrupt in LASTMA, by The Economist’s damning verdict, should Governor Ambode continue to maintain such a tainted template? Is this the magazine’s idea of the end justifies the means or it is negligible because this is Africa?

Secondly, the magazine dismissed as mere excuses Governor Ambode’s explanations that the rains and the unprecedented influx of ‘internal economic migrants’ and escaped insurgents from the North-East were major causative agents of worsened gridlock and a slight rise in crime in traffic within the metropolis.  It is curious how a magazine of this stature would ignore weighty intelligence reports from both the Assistant Inspector General of Police of the Zone 2 Command and the Lagos State Police Commissioner.

While the latter said at a press conference last month that as military intervention intensifies in the beleaguered North-East of Nigeria, insurgents are escaping and finding their ways into Lagos and a few other states, the latter said Lagos has witnessed an unprecedented influx of ‘migrants’ from other states in the last six months as harsh economic realities in the country bite harder, leaving 27 states struggling with payments of workers’ salaries.

In a May 3, 2014 article, The Economist in ‘The Tube Strike’ publication had no qualms linking incessant tube strikes with disruptions in traffic situation in London, it even examined it along the larger socio-economic reality of the city. The magazine agreed that “in the past decade, passenger journeys have risen by 29%. As jobs became concentrated in central London, more people are traveling from outer suburbia…and that between 2003 and 2012 the average number of people entering the underground system in zone one – the most central – on a weekday morning rose by 23%, while the number entering in zone six rose by 41%.”

But it refuses to accept that as the economies in many Nigerian states face sustainability challenge, the first point of call for internal migrants is Lagos where civil servants’ salaries are not owed; the Internally Generated Revenue is larger than those of 31 states in Nigeria combined and the Gross Domestic Product is larger than those of 42 African countries combined.

Changes in demography could necessitate incessant strikes in London without The Economist recommending a “terrified into order” treatment that the magazine celebrates as the only language of enforcement in Lagos.

Is the magazine advocating different standards for treating people in London and Lagos? If it is called traffic management in London, why is The Economist advocating a show-of-force treatment for Lagosians?

Also, it alleges that “the biggest concern is that the gridlock is a sign of a breakdown in relations between security forces, government agencies and the new governor.” Not only is this assertion unprofessional, it is equally reckless and slanderous.

The bile in this is unmistakable.

But it came a tad late as the Governor has since rolled out an effective, comprehensive security and traffic management solutions with the active participation of every security stakeholder like the Police, the Directorate of State Services (DSS), Army, Navy and Air Force.

On this solution that has since rolled out against every form of impunity on the roads, critical stakeholders like tank farm owners, and association of trailer, commercial motorcycles, tricycles, taxi and commercial bus owners have all pledged compliance to this method that favoured consultation and advocacy over force. Lagosians have since seen the difference and are full of commendation that the Governor they elected will get the job done without being a brute or playing to the gallery.

For the avoidance of doubt, the monthly Security Council Meeting, which has the leadership of every security agencies in attendance, has never failed to hold since Governor Ambode became governor five months ago. The Security Trust Fund under him is well embraced by the corporate partners. The Governor certainly has a most cordial relationship with all the security forces in the state and is in firm control of all of its enforcement agencies.

President Muhammadu Buhari won the April Presidential election in Nigeria in spite of The Economist’s reluctant, tongue-in-cheek endorsement of his candidacy. We are also aware of how Boris Johnson, the Conservative London Mayor, won his reelection in 2012 in spite of The Economist’s campaign that ‘London deserved better’ and the virulent accusation of the Mayor for dealing a blow on what the magazine called “London heritage and individual liberty” after Johnson decided to do away with some of his predecesor’s mass transit and traffic policies.

Perhaps, it is high time that this vaunted magazine learnt to restrict itself to strict journalism rather than seeking to impose jaded views in a volatile political climate where, we dare say, the gluttonous lot can choke on their own bile, almost hoping that the elections leading to the emergence of the governor could be held over again.

Governor Ambode won a hard contest, at the polls and at the tribunal…up to the Supreme Court. He enjoys the full backing of his party, the All Progressives Congress (APC) and majority of Lagosians who see in him a compassionate leader and competent manager of resources.

He has demonstrated his mettle by first getting the finances of the state back in shape, restructuring a choking debt exposure from 18% interest rate to 12.5%, thereby freeing N3bn every month for the state to put into other pressing use. He has paid out N11bn in pensions to those neglected since 2010; signed 2.500 C of Os; constituted a forward-looking cabinet that has hit the ground running; fixed more than 200 roads across the state in what he calls Operation Zero Tolerance for Pot Holes and has flagged off a remarkable initiative with Local Governments that will have 114 roads (two per each of the 20 Local Government Areas and 37 Local Council Development Areas) constructed with standard drainages, walk-ways and street lights.

This Thursday November 12, he is declaring open the BRT corridor that links Mile 12 to Ikorodu, which in itself is preparatory to the launch later this month of an ambitious roll-out of 450 new set of mass transit buses and a dedicated special BRT service that will be direct from Ikorodu to Victoria Island. He is lighting up the entire metropolis in a matter of weeks and is finalizing on a major waterways expansion project. All these and more at a time that he is fortifying the security apparatus with a set of brand new patrol vehicles and power bikes as well as three helicopters to assist in surveillance.

Governor Ambode’s great plans for Lagosians are not in doubt and are already being unfolded. He will get on with it while insisting that like Londoners, Lagosians too deserve good things of life…with some respect!

President Buhari Retires 16 Permanent Secs, Appoints New Ones
Don Jazzy Shares How Much He Charges for Collabos|How to Reach Him
To Top
Loading Comments...