Donald Duke served as the Governor of Cross River state from 29th May 1999 till 29th May 2007, and a presidential aspirant in the 2019 Presidential Elections. He is a visionary, dynamic and strategic leader with a deep understanding of national cohesion and promotion of nationhood.  He is currently a member of Coalition for Nigeria Movement led by former president Olusegun Obasanjo.

Donald Duke was born on the 30th of September 1961 at 16 Annesley Street in Calabar, the present-day capital of Cross River State. His father, Henry Etim Duke remains Nigeria’s longest serving Chairman Board Customs and excise duties of the Nigerian Customs Service. Donald’s father, an ardent follower of Walt Disney is the second indigenous custom boss after Ayodele Didan. His mother is Genevieve Etim Duke. Among five children, Donald is the fourth.

He studied law at Ahmadu Bello University, Zaria, obtaining his LLB degree in 1982.

He proceeded to Nigerian Law School Lagos in 1983 and subsequently furthered his law expertise In Business Law and Admiralty in 1984 at the University of Pennsylvania.

After his legal studies, he joined Baker & Hostetler in Washington DC, before coming home to Nigeria. Donald formed a partnership Onyia & Duke with his friend to open a law firm based in Lagos. He used this firm as a representative to his family’s shipping business (Hegeds International Limited) when he became the Chief Executive Officer.

During his undergraduate studies, he first joined political activism here, running for an office in the student association.

Donald Duke was instrumental in fighting military rule that held down Nigeria from liberty. As a member of the G-34 team that opposed the General Sani Abacha dictatorial tenure, early on he showed his deep love for democracy and freedom for his people.

He served as Commissioner of Finance, Budget &Planning, when Clement Ebri was the Governor.

Duke served as the Chairman of Allied Merchants &Brokers, the only franchise to American household product, Uncle Ben’s rice.

Donald Duke became the Governor of Cross River State at age 37, serving till age 45. A very young leader, in fact one of the youngest governors during his tenure.

Donald Duke for President! That may just be our song pretty soon.

He has nursed his presidential ambitions for a decade now, since 2007, but he stepped down for fellow PDP aspirant Umaru Musa Yar’adua.

Recently at an interview with veteran media personality Dele Momodu, Donald Duke reiterated his ambition to run for presidency. He claimed that he stayed away from taking up a seat at the legislature because of his deep-seated interest in the top political office. He stated that he believes the PDP, using its experience and doing away with the zoning policy of the party, could prove to be a thorn on the side of the ruling party.  He has however kept his options open, waiting to see what political party the Coalition for Nigeria Movement might align itself with. He has pinpointed revitalising the economy has his major agenda if he successfully assumed the mantle of power.

Donald Duke is married to Owanari Bob Manuel Duke, a board member of the United Bank of Africa. Born and raised in Port Harcourt, she is a certified conflict resolution expert and a Managing Partner at Duke & Bobmanuel. She also leads several social intervention initiatives and empowerment programs. Child Survival and Development Organisation of Nigeria (CSDON), an NGO responsible for promoting the overall health of Nigerian women and children, is being chaired by the former first lady. 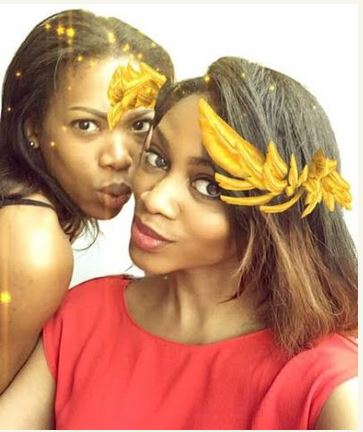 They have three beautiful daughters together, Xerona, Nella and Donna.

During his leisure time, the young and vibrant leader enjoys riding power bikes, playing the saxophone and singing jazz songs. His appreciation of music, arts and culture is well known. At his daughter’s wedding, the handsome former governor gained the admiration of the crowd by playing alongside the popular music band, Akin Sugar. He sponsored several movies, which were shot in his state, for example Amazing Grace which was directed by Jetta Amata.

He is considered one of Nigeria’s best Governors for his hands-on approach to governance and his pure character. His notable achievements

During his tenure as Governor, he spearheaded revolutionary development in these sectors, Agriculture, Urban Development, Environment, Information Technology and most notable the Tourism sector. The agricultural field was put at centre stage, with export promotion policies implemented for cash crops such as castor oil, cashew, oil palm and pipe-apple. The public-private partnership

The Tinapa Resort project which engulfed over $350million, with its N200 Billion economy yearly, has boosted tourism and influx of investment into the south south state. This cosmopolitan and tourist hub covers a vast area of over 81000m2. The centre signed an agreement with numerous top businesses and retailers in the country. The entertainment centre contains a cinema, movie halls, restaurants and dinning places, night clubs, quad biking and leisure centres, golfing and bars. The cultural aspect of the hub incorporates and arts & crafts centre. The centre was commissioned by president Olusegun Obasanjo.

The Calabar carnival was started in 2004, it has continued to draw people from all over the world. This highly anticipated event is second to none in African carnival events.

The Obudu Cattle Ranch is one of the most beautiful and pleasant sceneries in the country with wonderful low and high temperatures, its attractive landscape has endeared tourist to its resorts, visiting and lodging throughout the year. This ranch has a cable car which proudly Is the largest in the African continent. It also offers activities such as horse riding, golfing, hiking, swimming, gym facilities, the Canopy Walkway, sightseeing and various delicacies.

The road network in the Capital city Calabar was immensely improved under his able leadership. He has also been a consultant since stepping down from office in 2007, transforming and beautifying cities across Africa.