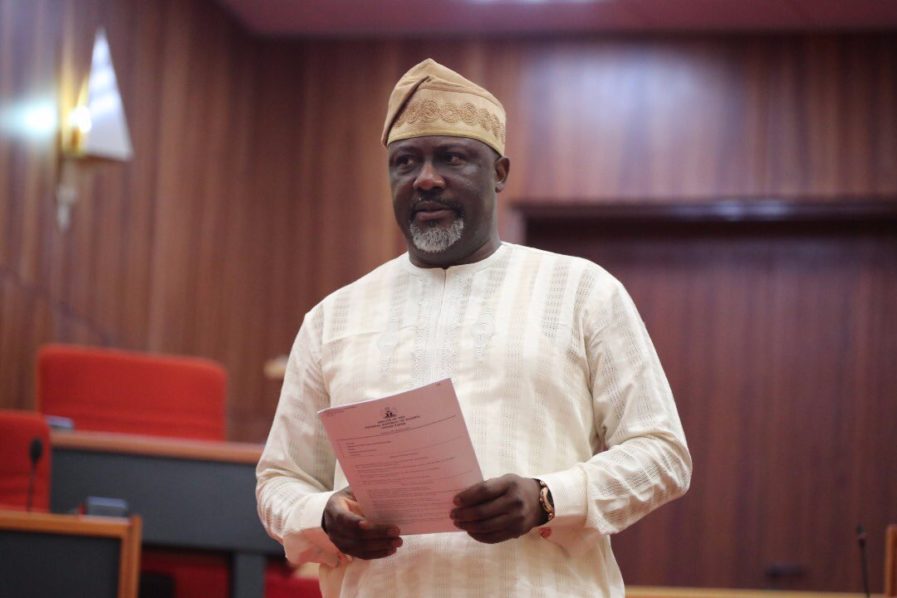 Born as Daniel Melaye in Kano state on 1st January 1974, Dino is a Senator and a member of the 8th National Assembly, representing Kogi West constituency. He is a member of the ruling party, APC and also the Chairman Senate Committee on FCT.

Who Is Dino Melaye?

Dino was an active member of the student union during his undergraduate studies at Ahmadu Bello University where he was studying geography. He went on to lead the National Association of Nigerian Students (NANS), African Youth Council and Commonwealth Youth Council. He was subsequently appointed as the Chairman, Presidential Advisory Council on Youth by then President Olusegun Obasanjo.

His political career started early on, he is known for his bold moves, swagger and stylish personality.

Melaye was known for his strong opposition to the Goodluck Jonathan presidency. He was a Member House of Representatives under the platform of the All Progressive Congress.

In 2015, he won Kogi Senatorial West district. He seconded the nomination of Senator Bukola Saraki in his controversial bid that led to his emergence as Senate President.

Melaye’s political career has not been spared of controversies and drama.

As a senator, he was accused of operating a US bank account in violation of the Nigerian law. He has continued to deny this accusation, calling them frivolous.

Dino Melaye went through the certificate scandal in 2017. The online news platform Sahara Reporters claimed that the serving senator did not graduate from Ahmadu Bello University. This rumor has finally been debunked by the university vice-chancellor. He presented evidence of Dino’s graduation. Dino is his jovial nature, attended the plenary at the National Assembly in his graduation robes to mock the accusations.

In June 2017, the people of Dino’s consistently called for his recall from the National Assembly. The senator claimed that the process was a witch hunt by his incumbent Governor Yahaya Bello, with whom he has been at loggerheads.

He said, “Spending over N1bn of taxpayers’ money on an unproductive venture, when salaries and pensions have not been paid, is wicked.” Eventually, the recall process failed after INEC was unable to verify the signatures needed to proceed with the recall.

Recently Senator Dino Melaye was involved in a fracas with the police.”I have just been arrested at the international wing of the Nnamdi Azikiwe airport on my way to Morocco for an official engagement sponsored by the Federal Govt after checking in”. He tweeted this before being picked up by the authorities.

He refused to respond to police requests for interrogation and was eventually picked up at his home in Abuja.  On his way to Kogi state to face prosecution for his alleged weaponizing of bandits in his home state. He jumped out of the moving police convoy and was subsequently hospitalized.

Dino Melaye is divorced, he is currently unmarried. He was married to Tokunbo for 10 years and together they had 3 children, 2 boys, and girls. The marriage ended in a controversial manner, with the wife filing for a divorce after a domestic altercation. He subsequently got involved with Alero Falope in a short-lived affair.

His 600-paged book “ Antidotes for Corruption, The Nigerian Story “ was launched on 15th May 2017. This occasion was graced by who of who within Nigeria’s polity such as Vice President Yemi Osinbajo, Senate President Bukola Saraki, Deputy senate president, Ike Ekweremmadu, Speaker House of Representative, Yakubu Dogara, former first lady, Patience Jonathan, Minister of Federal Capital Territory, Bello Mohammed, his Labour and Productivity counterpart, Dr. Chris Ngige and former Secretary to the Government of the Federation, Dr. Anyim Pius Anyim,Dr Emeka Anyaoku, Jerry Rawlings, amongst others.

Constituency projects are a vital responsibility of every legislator. During his time at the lower legislative chambers, Dino pushed for electricity, solar power, motorized boreholes in over 15 wards, purchase of free jamb forms and payment of tuition fees to the betterment of Kogites.

Despite his controversial nature, Senator Dino Melaye has received awards and accolades for his contributions to the development of his constituents and Nigerians in general.