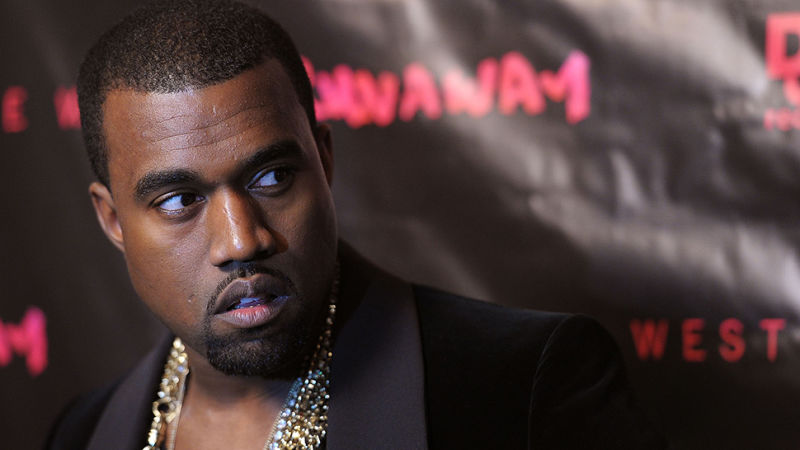 For the last couple of weeks, Kanye West has been trying to draw attention to his  album. Attention, he has gotten but we can’t say it has been positive. It started with a public, vile feud that involved Wiz Khalifa, his ex Amber Rose and moved on to him tweeted one crazy tweet after the next.

Well Piers Morgan has some things to say to him in this open letter and it is epic!

You’ve got a new album out, and need to promote it by shouting off your legendarily loud mouth. I get it. Only this can possibly explain your recent behaviour, which has been ridiculously offensive even by your standards.

I’ve been a long-time admirer of yours. I think you’re a brilliantly talented musician and one of the great characters of the global entertainment industry’. You’re controversial, polarising, and speak your mind.

Nothing wrong with that, I’m exactly the same. But there’s a fine line between being entertainingly outrageous, and just being repellent, and in the past two weeks you’ve not just crossed that line, you’ve smashed it to smithereens in your desperation to offend.

This bizarre process began with your ridiculous spat with fellow rapper Wiz Khalifa, where in a grotesque misunderstanding of something he’d tweeted, you went on a Twitter rampage in which you gratuitously insulted his wife, your former girlfriend Amber Rose, by calling her a gold-digging stripper.

Worse, you dragged his little son Sebastian into it too, in a quite despicable manner, inferring he wouldn’t even exist if you hadn’t ditched his mother. I wrote then that you had behaved in a ‘pathetic, petty and woefully insensitive’ manner by using a man’s child to humiliate him.

But that, it turned out, was just the warm-up act to your main performance of quite breath-taking crassness. Three days ago, you suddenly tweeted, for no apparent reason: ‘BILL COSBY IS INNOCENT!!!!!!’ Something that literally nobody else on Planet Earth believes. In fact, I seriously doubt even Bill Cosby believes it.

By informing your 18.6 million followers of this sentiment, you also effectively informed them that the 50 women who have so far come forward to claim Cosby drugged, raped or abused them are all fakes. You’re implying they’ve all made up their stories to smear a once revered national icon.

Yes, every one of those 50 women is a liar apparently. As so often, you offered no explanation for your incendiary comment. You just stuck it out to ignite a media firestorm and help flog your new record. I’m sure there must have been a more shameless, disgraceful exploitation of serious sexual assault in the history of the music industry, I just can’t off hand think of one.

Today, you shifted your line of attack to yet another woman, Taylor Swift. A nice, decent young lady who’s done nothing to deserve your opprobrium other than the fact you once decided to charge the VMAs stage as Taylor accepted an award, furious that your friend Beyoncé hadn’t won it instead.

It emerged on Thursday that the lyric to Famous, one of the tracks on your new album, contains this line: ‘I feel like me and Taylor might still have sex. I made that b*tch famous.’ Aside from the obvious disrespect to your wife Kim Kardashian West, it’s a thoroughly unpleasant and sexist thing to say to Taylor Swift.

It was also untrue, she was already a hugely successful recording artist before you ruined her award-winning moment. As news of this new vile slur spread, and anger erupted on social media led by Taylor’s brother, you decided that attack was the best form of defence.

You went on another Twitter rampage in which you declared that you’d cleared this lyric with Taylor. In fact, it was all HER idea. Wow, really? That would change everything. No, not really.

Taylor’s representatives quickly made it very clear that your claims are a pack of lies.

1) She hadn’t in fact approved any such lyric.

2) She didn’t even know about the ‘I made that b*tch famous’ part,.

3) She specifically ‘cautioned’ you about ‘releasing a song with such a strong misogynistic message.’ As always when hoisted by your own petard, Kanye, you chose to blame everyone else for failing to understand you.

‘Stop trying to demonize real artist,’ you raged, ‘that’s why music’s so f***ing watered down right now. They want to control us with money and perception and mute the culture.’ No mate, with the greatest of respect, that’s a load of old c-rap. Nobody’s demonizing any artist around here.

We just find your recent public behaviour towards women profoundly wrong. You can say what you like in private, that’s your business. But when you go on a global platform like Twitter and act like a slathering pig, it’s our right to say: ‘Shut the **** up Kanye.’

In fact, Kim’s not just ‘cool’ with it, she offered her ‘blessings’? If she did, then Kim’s let herself down almost as much as you have. More to the point, you’ve both let your children down.

Why would you want them to think that’s how men should speak about women in public? I’m disappointed in you, Kanye. You’re better than this. It’s not ‘cool’ to be so overtly offensive to women. Not now you’re a husband and father. Grow up.

Why are Nigerian techies broke?
{From the Women}Dear Men, We Don’t Really Like So Much Hair Down There!
To Top
Loading Comments...