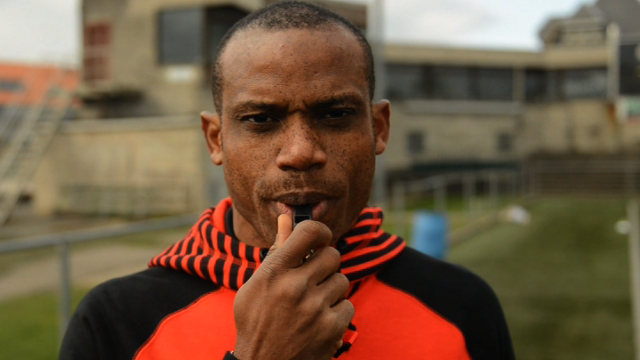 Coach Sunday Oliseh has come out to apologize for the team’s losing   1-0 to Guinea in yesterday’s last group C match of the Africa Nations Championship.He said they neither planned nor expected it to happen that way.This comes after  the Super Eagles have chalked up four points from their two previous matches and only needed a draw against Guinea to advance to the quarter-final.

“We apologise to Nigerians for this loss, we never planned to exit the tournament this early. The boys gave their best,”

The NFF has come out to express their sadness.NFF president, Amaju Pinnick insisted that  African Nations Championship is “both developmental and preparatory for bigger challenges,”

He however did not fail to apologize.In his words;

“We apologise to Nigerians for the poor outing of the Super Eagles in Rwanda, but we toe the line of CAF which states that CHAN is a developmental and preparatory competition. Of course, as Nigerians, we love to win always, and we feel bad when we don’t.

“I want us to take the positives from this tournament. A player like Chisom Chikatara broke onto the global platform and players like Usman Mohammed,  Chima Akas, Ikechukwu Ezenwa, Austin Oboroakpo and Ifeanyi Mathew confirmed their class.

“For me, it is disappointing that we did not progress. But the NFF will now focus on the 2017 AFCON qualifiers, and start preparations early for the remaining rounds,” Pinnick said.

He however noted that  the Federation would now shift focus to the qualification race for the 2017 Africa Cup of Nations.