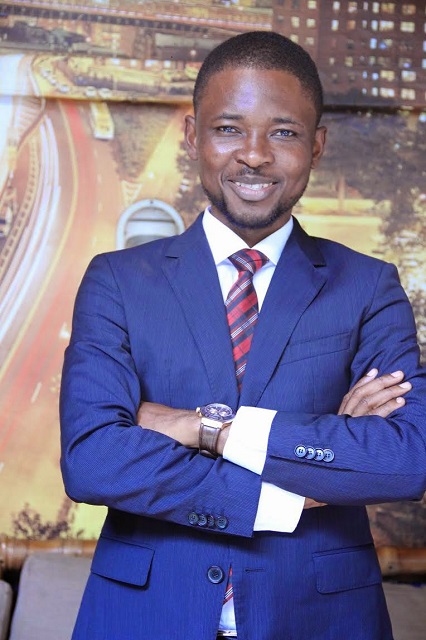 Finally, governance will get accelerated now the President Muhammadu Buhari cabinet is virtually set. Save for the Special Advisers and some other cabinet-level appointments yet to be made, the swearing in of ministers is arguably the single most important move made by this government in terms of its intent on economic direction for Nigeria. This government has its work out and even that statement doesn’t capture the reality of what it is that must be sorted over the next four years. Whatever happens, a lot will be down to the ability of the appointed ministers to turn things around.

There was a reason Nigerians voted the All Progressives Congress government to replace the Peoples Democratic Party government; they needed something different from what the PDP had offered for the better part of 16 years. If Nigerians were not convinced that the previous government – the much maligned Goodluck Jonathan government – could not lead the country forward, they would not have rejected it at the polls. How do you begin with its claims of building 30,000km of roads? To have an appreciation of how long that is, picture a road project across the earth’s diameter, two and a half times over. It is simply impossible to embark on such a monumental road construction without garnering global attention, creating unprecedented number of jobs in construction and more or less doubling the country’s existing road network. Other claims as this were rejected at the polls because Nigerians simply refused to be fooled. Outcomes are not outcomes until such outcomes are real, apparent and affect the people directly. This is not negotiable and the Buhari cabinet must learn from the experiences of its predecessor.

The Minister of Communications, Mr. Adebayo Shittu, stood out at the ministerial screening for his eccentricity and conservative views on religion. It was not so shocking to hear him talk about setting up a “Ministerial Constituency Office” for the people of Oyo State. Will someone close to him be kind enough to let him know that his mandate as a minister rests on the mandate given to President Buhari by Nigerians, hence his mandate as a minister is a national one? Except he plans to set up constituency offices across the federation, such thoughtless ideas should die a natural death before they begin a new kind of joke that we’d all have to deal with from some other ministers who may think that “a wonderful idea.”

Former Lagos State Governor Babatunde Fashola has the toughest job in the country after President Buhari himself. Not only does he have to fix Nigeria’s housing deficit of at least 16 million as of the last count, he must also face the perennial problem of power. As minister of housing, he has the age old land issues to deal with. While being deemed a super minister already, Fashola would not get too far without looking to work with some other super men and women who’d help his work show. Being the minister of power would have been taxing enough, having to combine that with Works and Housing, I already see his greying hair taking a new form of grey over the coming months.

The Minister of Finance, Kemi Adeosun, told the Financial Times she intends to look for alternative sources of revenue for Nigeria. That goes without saying. Years of many people, including this column, saying Nigeria cannot depend on oil for too long have come to bear real ends. Oil prices have plunged and they do not look like getting better. Finding alternative sources of revenue for Nigeria will not be enough, leakages must be blocked. This is not the best time to be Nigeria’s minister; the growth spurred by record oil prices and sales are not there so the claims of “the economy is growing” that were simply about the oil boom cannot be her badge of honour as it was for those before her. Oil will not save this minister as it did her predecessors.

Former Governor Kayode Fayemi has been trusted by the President to make the solid minerals sector profitable for Nigeria. He would not have to go too far for help on where to start; Oby Ezekwesili mapped out 100 areas of intervention for solid minerals in Nigeria and was well on the way to tackling them before then President Olusegun Obasanjo switched her portfolio. The Minister of Transportation, former Rivers Governor Chibuike Amaechi, holds in his hands the single most important ministry that affects businesses and national unity. Nigerians are not united because Nigerians do not know one another enough; we do not know one another enough because we do not travel within our country enough. You already know why we don’t travel enough; bad roads, expensive local flights, let alone the safety issues and the constant delayed and cancelled flights. Our quest for national unity will always be a dream as long as our intentions for a solid national transport network remains in the pipeline.

All the ministries matter and all the ministers count. Talk about the Ministry of Foreign Affairs and the unfair way Nigerians are treated at embassies in the country and Nigerian embassies abroad. The Ministry of Education and the education sector need an overhaul. Will Minister Adamu Adamu be up to the task? Only he can answer that question and we will be watching. National security remains a top national issue and while we advance against the insurgents, we know that the war on terror will not end in December. The war on terror will end when the displaced people are resettled in their own communities, in schools that open, farms that are safe and opportunities that are available to other Nigerians are available to them.

Space will not allow for the mention of other ministers. The mentioned ones are just a way of picking a few to reflect the reality of the whole. They all have work to do and they need help. The era of ministers using the office to attend as many weddings and burial ceremonies as possible should be done with. A day will come when all the ministers will no longer be minister, they want to look back on this period of their lives and be sure to say, not only did they give their best, their best was indeed enough to birth monumental change. If tomorrow indeed comes and we wake to the morning of that day the Buhari administration decides to take stock of its service to Nigerians, all of us, even their worst detractors will look back on their tenure and indeed admit they made change happen indeed and in truth!

“Framework for fixing roads in Nigeria” – To Minister Fashola from Mark Essien
Dino , Remita and a Lazy Senate_ by Cheta Nwaze
To Top