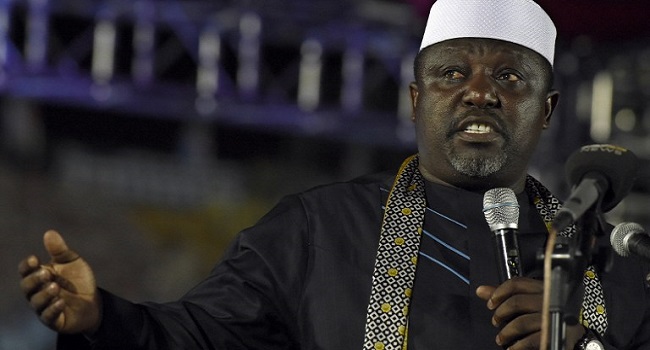 It’s no secret that a lot of politicians become unbelievably rich as soon as they assue office.

It is no surprise then that  a lot of people assume that they go into office for the money.

What if we told you that there are some officials who were millionaires even before they entered into office?

He used to work with the Kano State Civi series.He owns a conglomerate called Talamiz Nigeria which has different profitable subsidiaries such as

He has always being from a rich background. He was once the chairman of Properties and Estates Limited, Millenium Air, Millenium Travels and Tours, Prudent Health Care Management Limited and Heritage Hospitality Services Limited. He has also been an alternate director at MTN Nigeria and the defunct Broad bank, director at Investment Centre Limited, Dana Air and a board member of Broad bank.

Before he became the governor, he was already known for his riches.

He has not always being rich.He worked his way up from when he was 23 when he set up a cement business.He made his  first million as an agent for a construction company. He invested his money into car sales and later diversified into real estate which eventually made him a billionaire. He is the owner of Rochas Group of Companies Limited. A group of companies that are into real estate, importation, education, manufacturing e.t.c.

Dr Samuel also has a  rags to riches story.

He started from being a motor park tout to having a PhD from the Commonwealth University, Belize. His businesses include Oracle Business Limited, the firm that produces the popular Goshen table water; Oracle Oil Mills, Oracle Printing Press, Oracle Farms Limited, Oracle Business Limited, Capital Prints Limited and Achieve Engineering Limited. Little wonder, former president, Goodluck Jonathan appointed him as the minister of state of industry, trade and investment. He is a billionaire by all standards. Share on Facebook Share on Twitter Governor Samuel Ortom of Benue state Governor Samuel Ortom of Benue state

He is the chairman of Almakura Nigeria Limited. A company that is into importing and servicing agricultural and industrial machinery. He is also a big player in the real estate sector with his company, Ta’al Nigeria Limited having properties in Nigeria’s major cities and in the United States of America. Al-Makura is also the owner of the prestigious Ta’al Lake Resort, Abuja and the Ta’al Conference Hotel, Lafia.