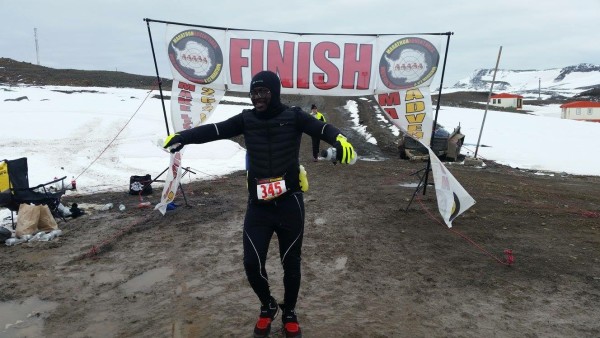 On January 26th 2016, Omotayo Okusanya became the first Nigerian man to complete a marathon in Antartica.

A Little Profile on Him

Before turning 40 in July 2014, my life like a lot of Nigerians was about chasing achievements:
Going to Kings College Lagos (Class of 1991)
Getting a 1st class degree in Accounting and Computer Science from Rutgers University in the USA (Class of 1996)
Becoming a CPA (1998), Getting an MBA from Harvard (2000)
Becoming a CFA (2003)
Finally becoming a Managing Director at Jefferies, an investment bank on Wall St (2009) where I head the Real Estate Research Group 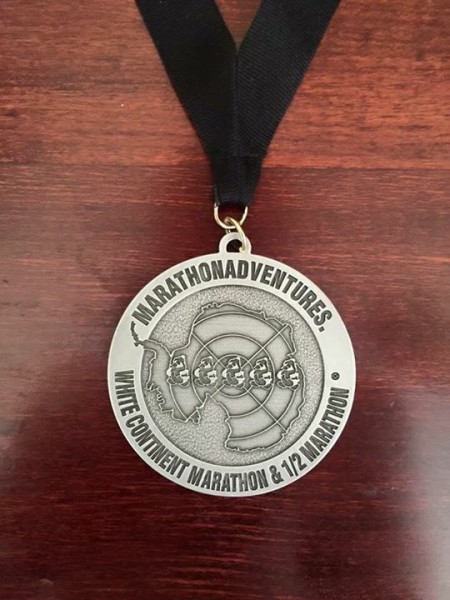 This was by far the most challenging marathon course I have ever run but also by far the most rewarding. The race itself was done in sub zero temperatures with winds of over 20 miles per hour which made it feel much colder. We had to run through 8 foot snow banks and often through muddy, gravel and sleet due to the constantly changing weather. Still, I persevered through it all.

On Why he did it!

After turning 40, I felt something pushing me to start to give back. So I decided to start running for charity. I have done 10 marathons and raised over $20,000 for charities such as SmileTrain, The Red Cross , The Leukemia and Lymphoma Society, Shoes 4 Africa and the VICTA .
The focus of my charity runs has also been to raise awareness for children in need of help. It is by far one of the most rewarding things I have ever done in my life, and I encourage my fellow Nigerians to get more involved in charity work to help those less fortunate than ourselves.