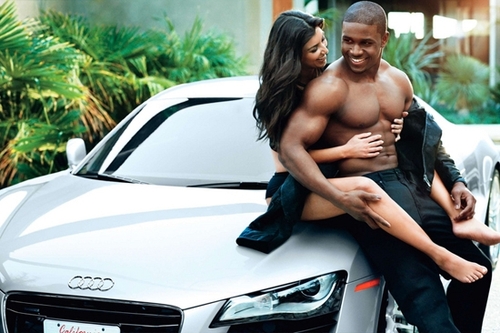 Sex isn’t always fun- sometimes, it is downright embarrassing! Thankfully it is not limited to us Naija men.

A thread was opened on reddit for men around the world to share their most embarassing sexual experiences. The responses are super-hilarious!

See some of the best here below

I am allergic to coconut. Mainly coconut oil.

My new girlfriend (at the time) went out to get a Brazilian for our first night together. She used coconut oil lotion to sooth her sensitive area, which then caused me to swell up very badly in the middle of the deed.

Lemme tell you, having to go to the ER with your girlfriend of a few short weeks and insist on holding your hand while a nurse jams a GIANT fucking needle in your dick to drain out your blood was not the way I wanted to spend that evening…

There’s no way this would happen if your girl’s mum is Nigerian.What!

This happened to me once. I was under my girlfriend (and inside) My legs were under the quilt,which bunched up behind her butt. We were both dressed from the waist up and she had a shortish skirt which avoided suspicion. Her mum knocked on the door and came in about .5 seconds later, no time to change position. So we both just had a conversation for 30 or so very awkward seconds while I was balls deep in her daughter. She assumed (or, behaved as though) she had only interrupted us making out.

Girl on top, me on my back and we are going at it. As she is riding me the bed is bumping into the wall. Suddenly I hear something shift above me and tilt my head up and back just in time to see her 4’x2’x5″ shelf fall off the wall and crash into my face breaking my nose. Blood starts to gush and fill my throat and I reactively cough, spitting blood all over this girl who is still riding me. She sits there, stunned, covered in blood that I just sprayed on her, with me under her still bleeding like a stuck pig, looking like some sort of Rob zombie sex tape.

“My girlfriend said she couldn’t feel anything.” – Officeman123.

She was giving me the first blowie of the relationship and right when I came I farted . A big, juicy wet fart. It smelled awful. She wasn’t pleased.

We were 69’ing (with lights out) and her juices suddenly got much thicker, with a slightly familiar flavour – lot’s lots more of it. Was a bit weird, but I carried on – especially as she was doing an amazing job down the other end

She realised before I did: she’d just come onto her period. It was over my hands, my face, my teeth, the sheets – everywhere. Was pretty unpleasant

11 Guys Who Tried to Chat Sexy But Got Curved Instead
To Top
Loading Comments...