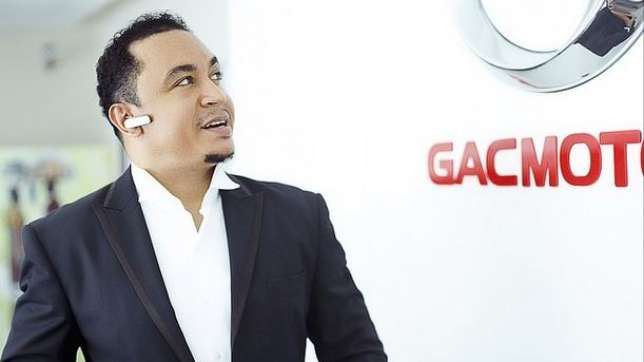 Days after Cool FM OAP, DaddyFreeze went online to advice people to stay away from poor people, he has come back to explain his philosophy in an Instagram post.

He also tells us his the history of his life, and how far he has come compared with his friends who grew up in the same environment as him.

Does living with poor people make you poor? Well yes, here is my story! I lived in Aremo, in Ibadan a very poor ghetto for almost 15years. Growing up, my house was the only house with a perimeter fence within a ten mile radius. Every house in my neighborhood was in the ‘face me, I face you’ format! Bariga is much better than where I lived, because Bariga is a hood in Lagos. Mine was a hood in the village – much worse. I always knew I was different from my neighbors. I didn’t share their ideas, taste in music, fashion sense and general outlook of life. Do you know that it was so bad that no girl agreed to date me because according to them I was ‘different’. At 19 i got my first job in BCOS IBADAN and moved out of my parents home into a BQ in Bodija, a much nicer area and the effect was immediate, girls understood me better and I had my first relationships. I was now among people that shared my ideas and mentality. As soon as I was done with school, I relocated to Lagos. Let me ask you guys, how do you think I would have turned out if I didn’t upgrade my mind and friends? Or if I didn’t move out of the ghetto? Only one or 2 out of the 20 of us that played together as kids amounted to anything. I remember vividly the last time I saw my childhood best friend Banji(real name) he was a bus driver and Waheed the kid I played table tennis with a had become a VULCANIZER or Kehinde who I was very close to at a point is now a gravedigger. I know this sounds funny but it’s true, these are actual people. And at least they had real jobs as most ended up living a life of crime! If my best friends had become drivers, vulcanizers and gravediggers what were my prospects if I didn’t change location? What were my chances of becoming successful? Someone sent me an insulting DM, saying to me that if I were Bill Gates I would discriminate against poor people, simply because I advised against ‘hanging out in places of poverty. My answer was simple; “let Bill Gates move to Aremo for 15years and let’s see how well he would do there”. By poor people I don’t mean people in a state of financial depression, I am actually talking about people who are in a state of mental impoverishment!

Freeze his a self-acclaimed wristwatch lover. See his expensive collection of wristwatches here.