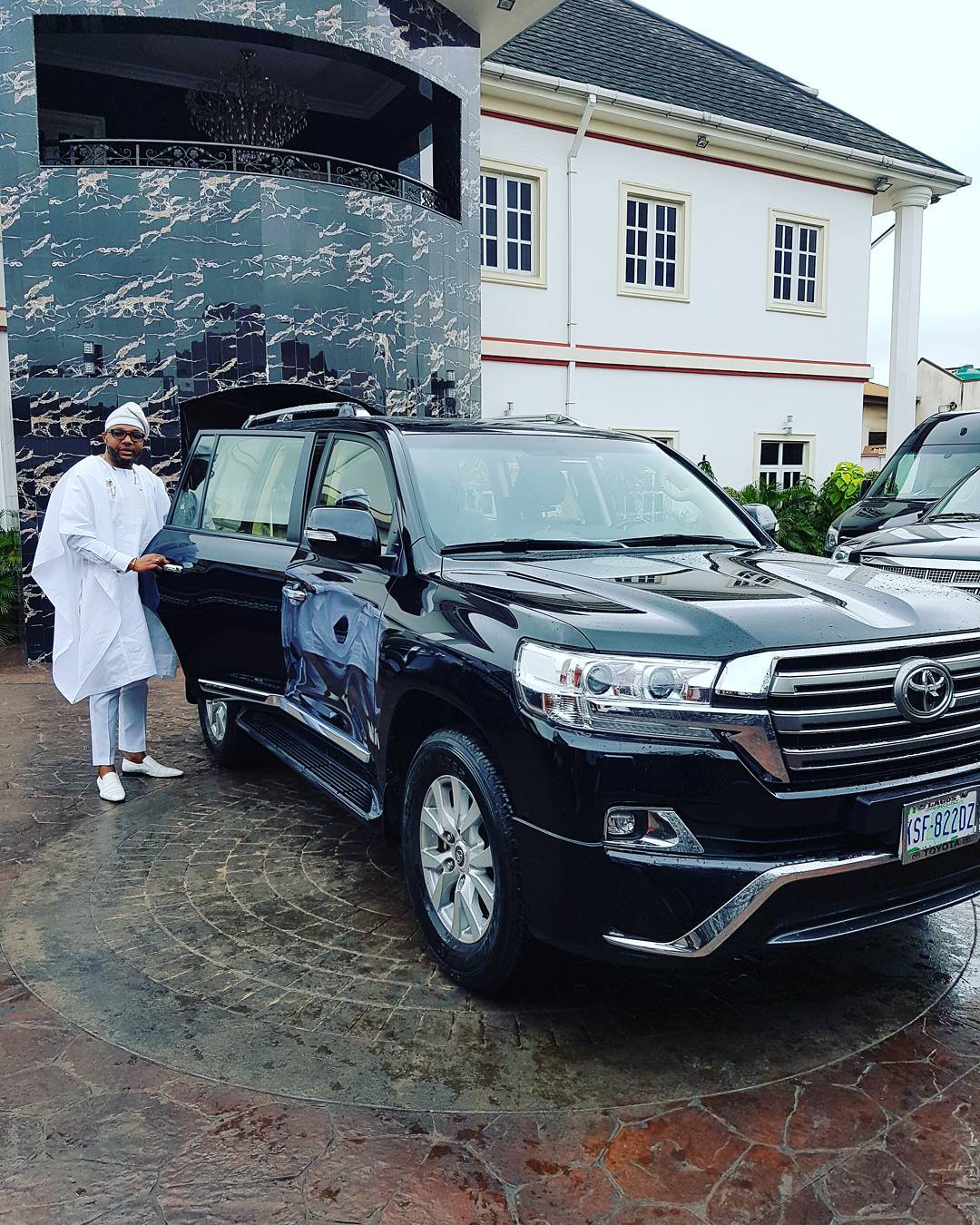 E-Money is an interesting Nigerian man. A look at his fleet of cars and houses betray an ostensible wealth we can’t explain.

A lot of people argue about how he got his wealth but that is not the subject of this post.

E money is one of the most most known Nigerian men. Not only is he influential, he is also stylish, social-savvy and tasteful in his general look. Looking at a few of E money’s pictures show that he is classy in his taste, aware in his style and deliberate in his look.

Scroll a little further and you will find stylish photos on him in his luxurious apartment.Another of E money’s pictures shows him rocking this usually popular senator in a creative way. To finish up the look , he slides on a facecap- because that’s what billionaires do! (just kidding)

You can not spend time looking at Emoney’s pictures without noticing his luxurious home. Emoney’s house is ostentatiously furnished. Every corner, every details screams money.

From the checkered floor to the gold plated metal details, affluence is well displayed. Some may even call his display of riches garish. It lacks the calm, self-assured understatement of old money and reeks of the showiness and gaudiness. Whatever side of the fence you sit, one thing is certain. He has money and he shows it!

The subject of  EMoney’s net-worth is one that has caused a lot of discussion. How much is he worth? How much does he earn? Where does he earn his money from? What is the source of E-Money’s Money (Pun Unintended).

E money is involved in a lot of business dealings- whether it is in music or import and export. Till this very day, nobody has been able to explain or trace E-money’s wealth. Perhaps one of the reason’s is the fact , unlike say the the United States, financial transparency is not a way of life in Nigeria. We would have to make do with his motivational quotes on Instagram and accept that it is all “God”

Today we are looking at his fleet of cars.

He does not blatantly display his fleet of cars like some other people do.Instead he is more covert- he shows us glimpses of the interior of his cars , sometimes you see him stepping in and out of them or see them packed conspicuously behind him in an event.

Take a look at Emoney’s enviable fleet of cars.

How to Track & Detect a Stolen Car
Let’s a Look at the Porsche 911 Carrera S Cabriolet
To Top
Loading Comments...