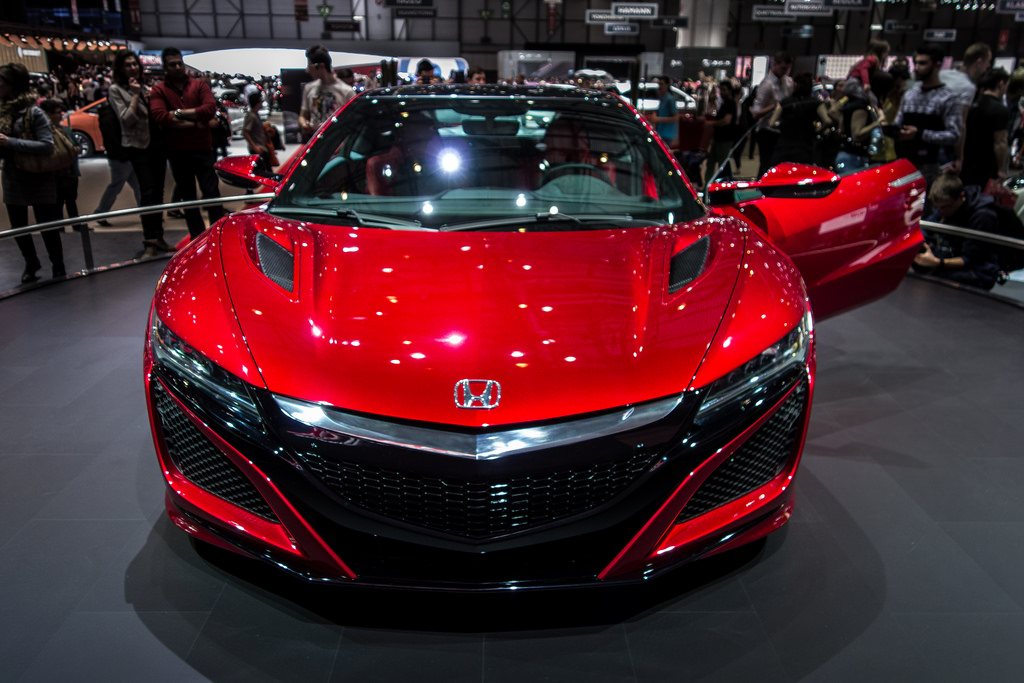 We still haven’t gotten over the 2016 Honda NSX. Let’s take a closer look at some interesting details before going into the all new 2017 Honda NSX

The engine is a 3.5-liter V-6 featuring dual overhead cams and a reported output of over 500 HP.
All-wheel drive with two motors mounted on the front axle, each of which drives one wheel and a planetary gearset, and one motor in the rear.
The transmission is a nine-speed dual-clutch automatic.
Heat exchangers abound; there are three radiators mounted in front and twin intercoolers on the sides. Two exchangers are devoted to dissipating heat from the transmission.
Dimensions are slightly larger than the original NSX as well as the 2012 concept car. The length is 176 inches, width measures 76.4 inches, height is 47.8 inches and the wheelbase is 103.5 inches.
Every aspect of the new NSX makes you want to jump right in and hit the pedal.
The 2016 NSX represents the first use of ablation casting by the automotive industry. Parts using ablation casting offer rigidity without brittleness as well as better energy absorption.
Acura uses a combination of aluminum, steel and carbon fiber to provide the best ratio of weight to performance. The chassis is primarily aluminum.
Spoilers are absent from the new NSX, while scoops are plentiful. The scoops are functional, allowing various components to be air-cooled.
The interior is user friendly and intuitive.
Mid-engine design features a 75-degree angle instead of the traditional 60-degree angle. A split-pin crankshaft was added to keep the cylinders firing in the correct order.
A pillars are designed to offer high-strength and be class-leading in terms of crash performance and rigidity, but the thinner design also provides an outstanding field of vision for drivers and passengers. 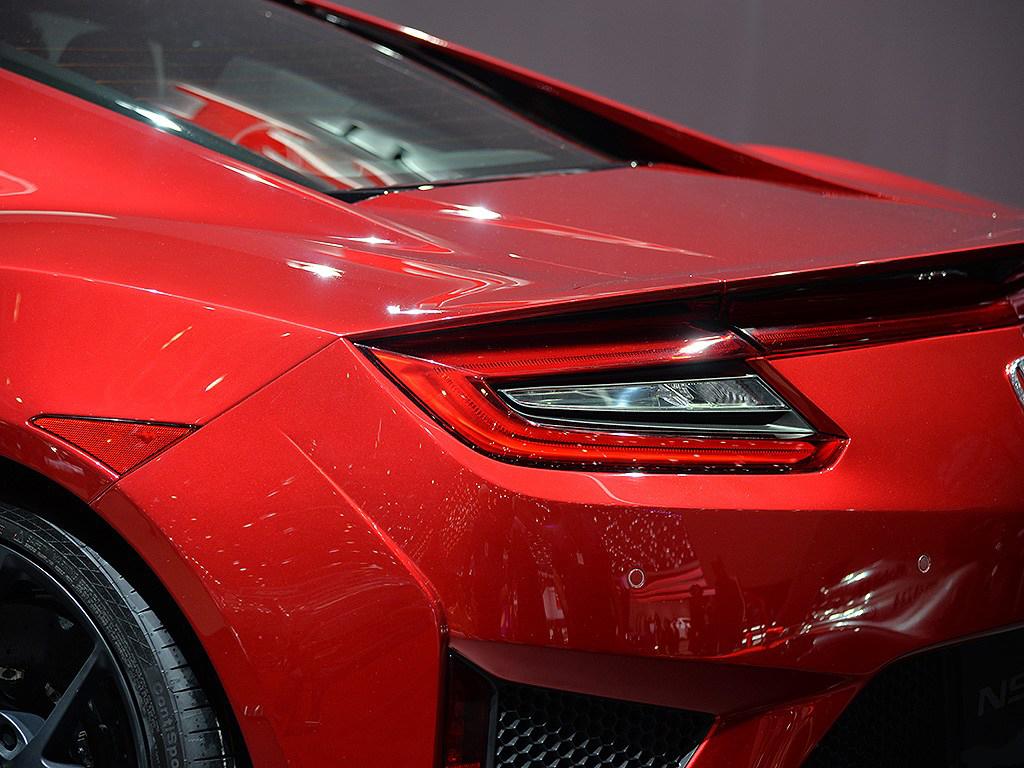 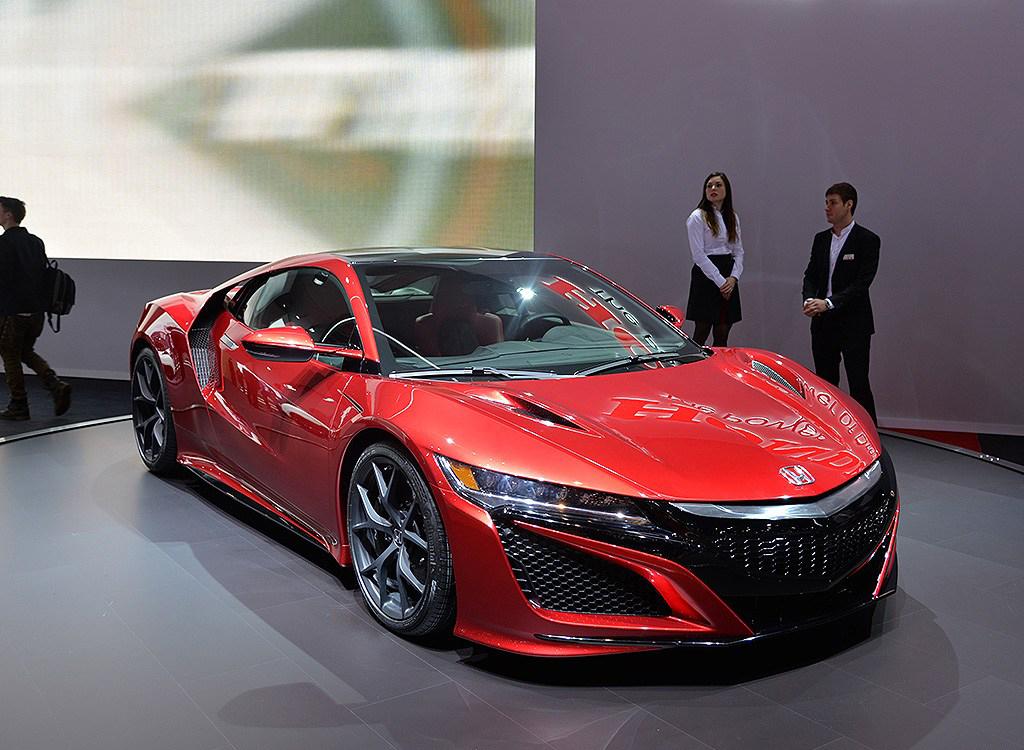 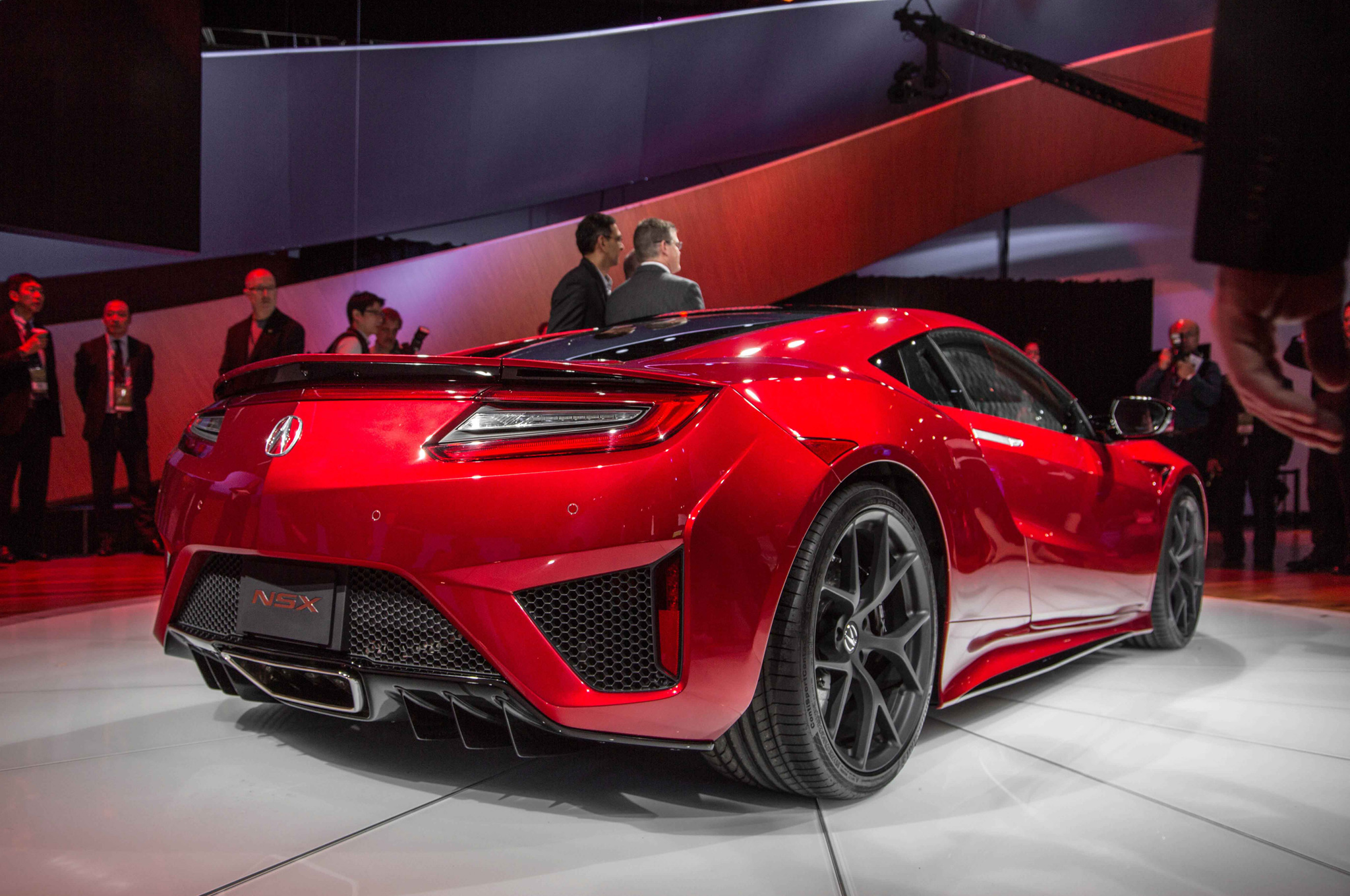