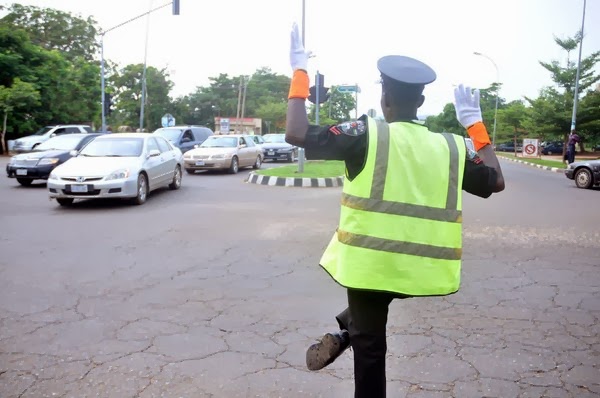 1. Turn signals will give away your next move. A real Lagosian driver never uses them.

2. Under no circumstances should you leave a safe distance between you and the car in front of you, or the space will be filled in by somebody else putting you in an even more dangerous situation.

3. Crossing two or more lanes in a single lane-change is considered going with the flow.

4. The faster you drive through a red light, the smaller the chance you have of getting hit.

5. Never, ever come to a complete stop at a stop sign. No one expects it and it will inevitably result in your going to purchase a new rear bumper.

6. Speed limits are whimsical figures, given only as suggestions and are apparently not enforceable in Lagos during rush hour.

7. Never get in the way of an older car that needs extensive bodywork. Lagos is a no-fault insurance state and the other guy doesn’t have anything to lose.

8. Remember that the goal of every Lagosian is to get there first, by whatever means necessary.

9. Just because you’re in the left lane and have no room to speed up or move over doesn’t mean that a Lagosian driver flashing his high beams behind you doesn’t think he can go faster in your spot.

10. Please remember that there is no such thing as a shortcut during rush-hour traffic in Lagos.

11. Always slow down and rubberneck when you see an accident or even someone changing a tire.

12. Learn to swerve abruptly. Lagos is the home of high-speed zigzag driving thanks to our badly constructed roads, which generates potholes in key locations to test drivers’ reflexes and keep them on their toes.

13. It is traditional in Lagos to honk your horn at cars that don’t move the instant the light changes.

This Shows the Evolution of the Porsche in the Coolest Way
Dino Melaye’s Fleet of Luxurious Cars
To Top
Loading Comments...